“You can win the Champions League, but no one did it this way”

When Lomza Vive Kielce last played in the EHF FINAL4, in the 2018/19 season, right wing Arkadiusz Moryto was making his debut in the European top competition, as a 19-year-old rookie. Now he is a key component in this Kielce team who are aiming once again to lift gold in Cologne.

Over the years, Moryto has slowly become one of the most reliable players in his position in the league; after taking the domestic competition by storm, he secured the top goal scorer award in the 2017/18 and 2018/19 seasons.

With 214 goals over the last four seasons, Moryto has been one of the most consistent scorers in the EHF Champions League Men and the go-to player for Kielce this season, as fellow right wing Sigvaldi Guðjónsson has suffered a season-ending injury.

Moryto has also displayed his best season to date in the European premium competition, being Kielce’s third best player in terms of goals scored, 65, while also setting a personal record in a season in the EHF Champions League Men. 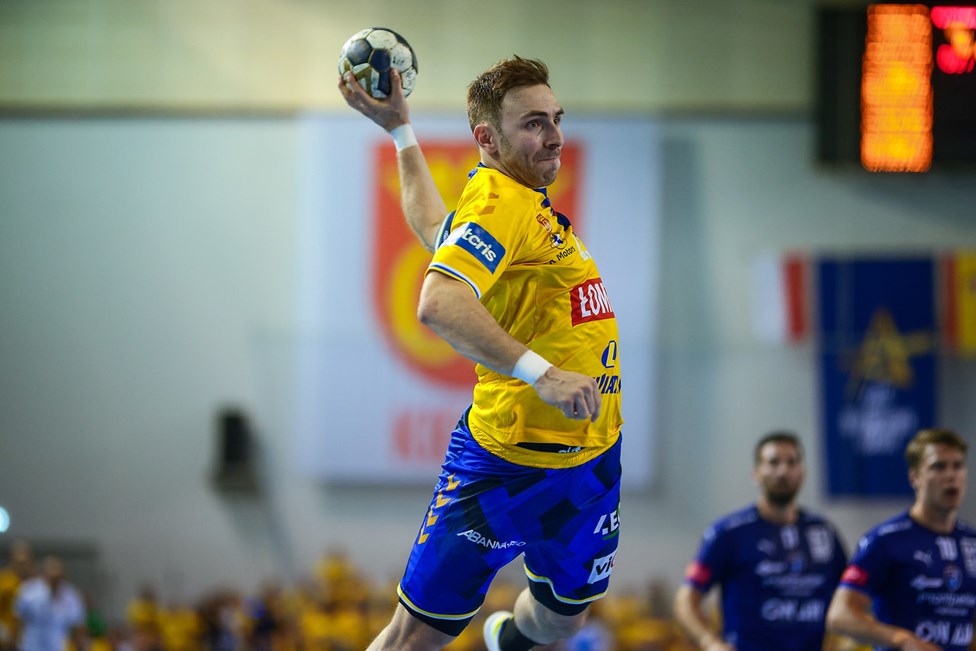 “The statistics might say this is my best season. I think I am in very good shape; however, the goals are also due to Sigvaldi Gudjonsson’s injury and the fact that I have to play much more.”

“Here in Kielce, the goal situation is different than in the other teams. The time on the court is divided for the two players in this position more or less equally, so to have trustworthy statistics you should sum up my goals and Sigvaldi’s goals and then you will have a picture of the pair in this position,” jokes Moryto.

Kielce’s season in Europe has been nothing short of spectacular, after finishing first in group B, which consisted of several powerhouses and sent three teams into the EHF FINAL4, as Telekom Veszprém HC and Barça also made it to Cologne, while Paris Saint-Germain Handball missed out on Cologne by a single goal.

The Polish champions might have lost four games on their way to the business end of the competition, two more than in three other seasons, but their level has been top, providing exciting handball and looking impossible to stop at times.

“We were waiting for three years to be back at the EHF FINAL4, so we are very happy. I think we are well prepared; thus, we play well and you can see it in our results.”

“The start of the Covid-19 pandemic altered the 2019/20 season and we did not have a chance to play in the quarter-finals. Last season, we had tired legs and we failed to qualify. But now, we made it and everybody is happy. Our fans were over the moon and everybody was expecting to be here,” says Moryto. 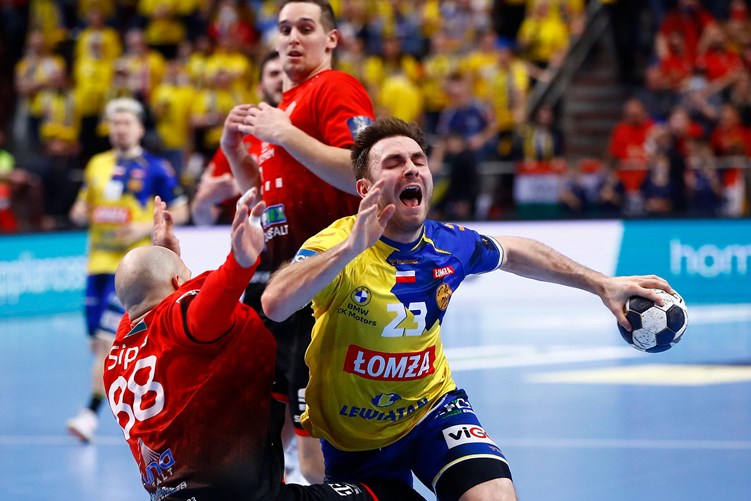 Over the season, Kielce thoroughly disposed of powerhouses like Barça, Montpellier Handball and SG Flensburg-Handewitt (twice each), Telekom Veszprém HC and PSG Handball, with the second-best average of goals scored per game, 31.8, in the EHF Champions League Men.

And while their defence might not have been the best, goalkeeper Andreas Wolff had some immense games, providing an interesting question for the opponents if the German shot-stopper had a good game.

“Those wins against the teams which also qualified for the EHF FINAL4 were quite a long time ago, some of them even in 2021. We are happy about how the season unfolded and it proves that we can put up a good fight against any other team for the highest possible goals we set for ourselves.”

“But the EHF FINAL4 is a completely different tournament, as it has been proven time and time again, the favourites do not always win. Quite often, the form on the given day is crucial. These are only two match days and therefore, recharging your batteries quickly is very important,” adds the 24-year-old Polish right wing. 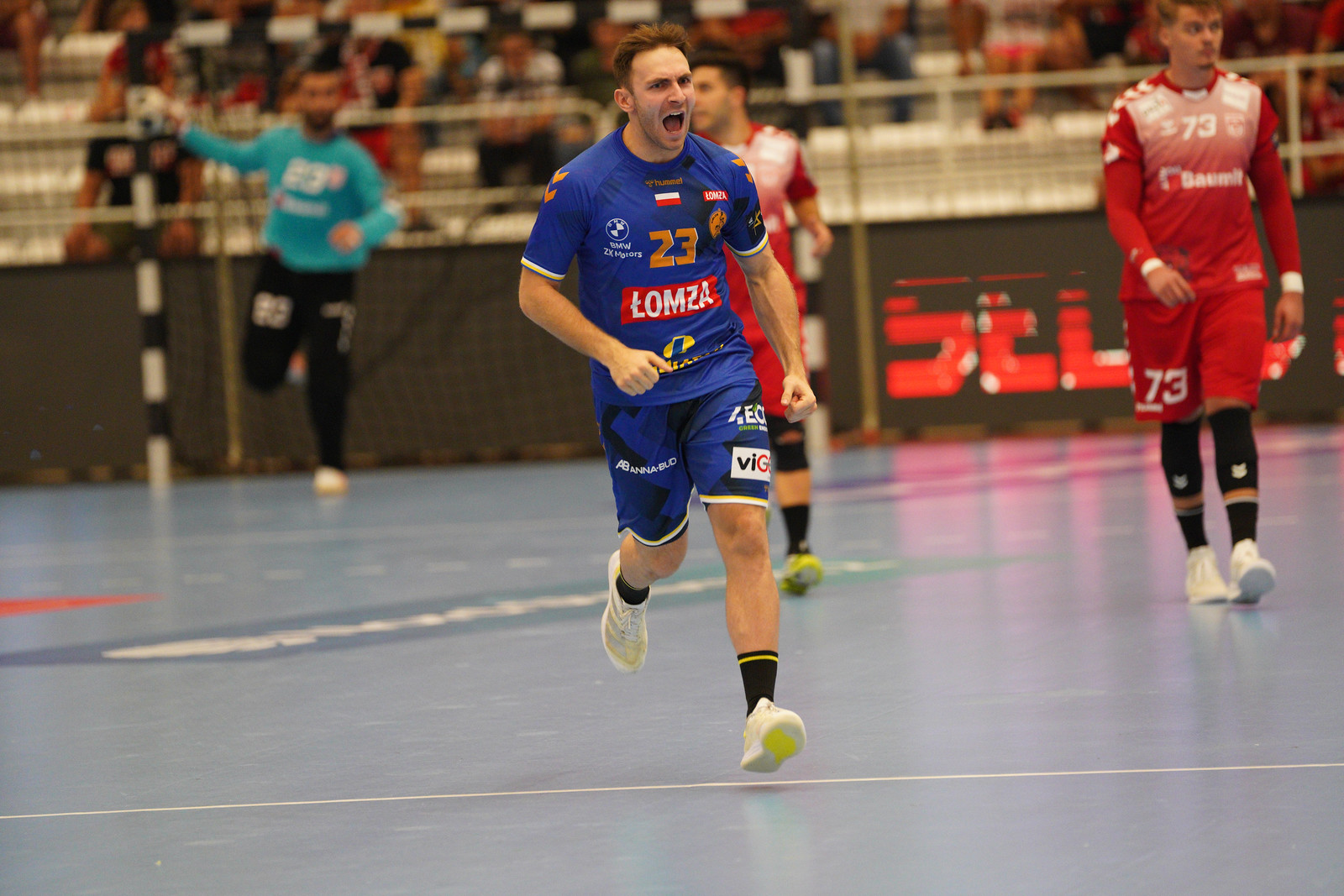 I was 15 years old, but it became a dream to play for this team. Watching a Polish team winning in such an amazing way and becoming a huge part of the history of the sport in the whole world, was amazing
Arkadiusz Moryto
Right wing, Kielce

No extra training for penalties

The draw cannot be kind in such a well-balanced situation, with the top four teams in Europe colliding for the big prize. Therefore, Kielce would have always played one of Telekom Veszprém HC, THW Kiel or Barça in their first step on the way to the title.

As luck had it, the Polish champions will face Telekom Veszprém HC, in a rematch of the epic final from the 2015/16 season, when Kielce erased a nine-goal deficit to push the game into extra-time and finally delivered the blow on penalties by taking an otherworldly 39:38 win.

It was the first and only title won in the EHF Champions League Men by a Polish team, a feature Kielce expects to repeat next weekend in Cologne. Asking any Polish handball fan, they could surely pinpoint exactly what they were doing at the moment when Kielce wrote history. Moryto makes no exception.

“Wow, what a feeling. I remember that day very well, I was with Poland’s youth national team in Warsaw and we were eating dinner. When we finished the dinner, I don’t remember exactly, but I guess it was the 45th minute, Kielce were down by nine goals.”

“I got back to my room, turned on the TV again and it was already 55th minute and the score was nearly tied. It was amazing! I do not even remember how old I was then, I guess I was 15 years old, but it became a dream to play for this team. Watching a Polish team winning in such an amazing way and becoming a huge part in the history of the sport in the whole world, was amazing,” remembers Moryto. 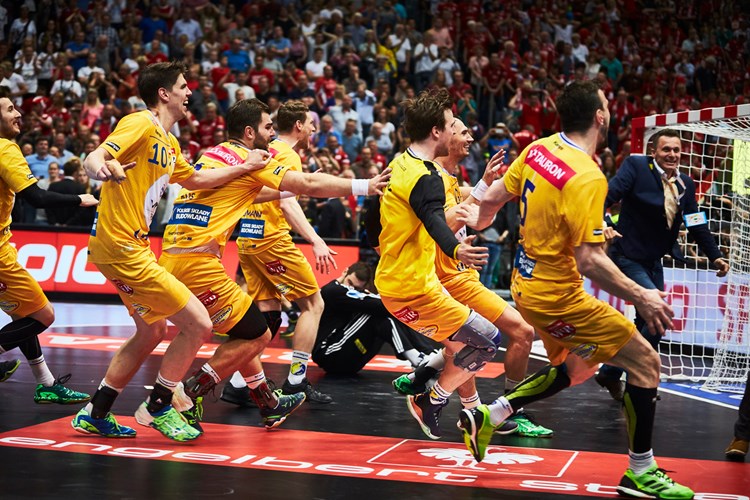 Now, Moryto has his own chance to write history for Kielce. He has been one of the most consistent players of the season, being nominated for the All-Star team of the EHF Champions League Men.

However, he missed 12 of the 39 penalty shots he took this season, as his average conversion rate was 69 per cent. Will he train penalties specifically for the EHF FINAL4, as history might repeat itself against Veszprém?

“You can win the Champions League, but no one did it in this way, like Kielce six years ago,” says the right wing.

“Will I try to perfect my penalty technique? Probably not. I do it anyway after each training session.”

SUMMARY: Coverage of the eight matches in round 3 of the Machineseeker EHF Champions League 2022/23 group phase

On court “no brotherly love” between Janc siblings

FEATURE: Slovenian brothers Blaz and Mitja Janc play against each other for the first time when Barça meet Celje on Thursday

GROUP B REVIEW: The team was the star when the Polish side took a crucial 30:28 at the previously-unbeaten hosts