Zagreb to miss their captain against Celje

Zagreb to miss their captain against Celje

The EHF Court of Handball has released a decision following disciplinary proceedings against the player Zlatko Horvat of HC PPD Zagreb.

The EHF Court of Handball finds in substance that the behaviour deserves further sanction since the behaviour of the player constitutes an act of revenge, i.e. push with both arms, intentionally committed against an opponent and directed at the body of the latter. In addition, the gesture was not related to the normal course of the match. 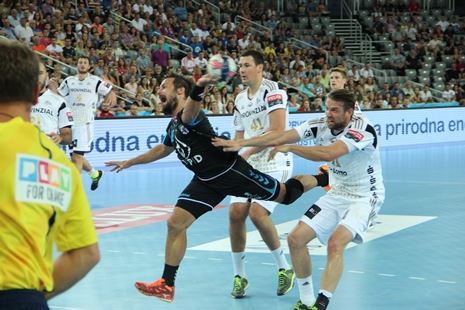 Horvat is therefore not entitled to participate in the next Group Phase game in which his club will take part, respectively the match RK Celje Pivovarna Lasko vs. HC Prvo Plinarsko Drustvo Zagreb taking place on 26 September 2015

An appeal against the present decision shall not have any suspensive effects.

Next Article Men’s 18 draws to take place in Vienna

NEWS: Vlado Sola was presented as new Zagreb coach Friday, after the club and Igor Vori parted ways after only four months

NEWS: The former line player takes over from Veselin Vujovic as the Croatian club aims for starts a rebuilding process

Celje’s ‘Innovation in the name of tradition’