10 transfers that will shape the new season

The start of the new season of the DELO EHF Champions League is just around the corner, with the throw-off scheduled for 11 September. Teams have been preparing for the new season for several months, with dozens of players changing teams this summer.

We cover the top ten transfers, with several powerhouses like Györi Audi ETO KC, CSKA Moscow, Metz Handball and CSM Bucuresti changing their lines, by ushering in new talent. Some made just a few tweaks, while others decided to enter a total rebuild.

Goalkeepers, backs, wings and line players, key players have changed clubs this summer and we take a tour through Europe to bring you the best transfers clubs have made to prepare for the new seasons, as their ever-growing ambitions were displayed on a busy transfer market.

The 31-year-old player is a force to be reckoned with on both sides of the ball, being renowned as a lynchpin in defence and impossible to stop in her best form in attack. She has already won the DELO EHF Champions League with Györ in the 2018/19 season and will make a comeback after two years spent in her home country.

The Spanish centre back has spent eight years in Hungary, at FTC-Rail Cargo Hungaria and Siofok KC, before moving to Team Esbjerg. Pena left Siofok to try a Scandinavian experience with Esbjerg last season and will now extend her stay, albeit move from Denmark to Norway.

The titleholders needed reinforcements in the back court and Pena fits the bill perfectly, being able to deliver dazzling passes and fast shots. She also has plenty of experience, having scored 408 goals in the European premier club competition.

The Brazilian left back spent the last 12 seasons at the Hungarian powerhouse, winning the EHF Champions League five times. She did not overstay her welcome, leaving Györ a hero, but she will move this summer to new pastures, at Rostov-Don. Amorim has been a staple of Györ’s amazing team culture, she is a player respected by teammates and this is exactly what Rostov needed, a player ready to lead by example.

All smiles, speed and a shot that can take any form: spin, lobbed or top corner with plenty of speed. Majda Mehmedovic is one of the best left wings in European handball, bringing plenty of experience and nous to a rookie team that needed it by the buckets. She will rekindle her partnership with Jovanka Radicevic as one of the safest wing pair of hands-on display in women’s handball.

Blohm took a step back, having not played in the European top competition last season, but the Swedish Female Player of the Year in 2020 is ready to make one of the best line player trios with Crina Pintea and Kari Brattset Dale at Györ. Blohm knows how to defend, is a proven goal scorer and will definitely be the player that the Hungarian side needed to challenge for the trophy that eluded them last season. 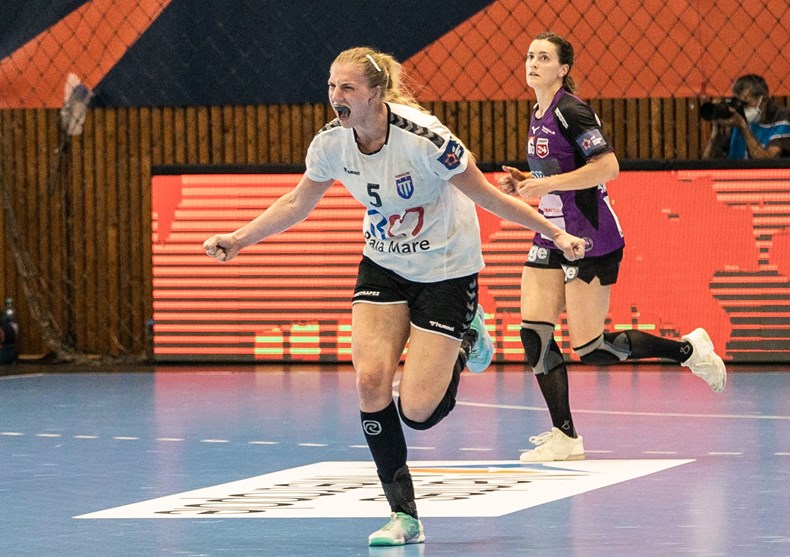 Jelena Grubisic contemplated retirement before the start of the next season, but she ended up staying one more year in Bucharest. But the Romanian champions have moved quickly and signed Tess Wester, who will join forces with two other Dutch players, left wing Martine Smeets and line player Yvette Broch. Wester has not been in the form she showed a few years ago, but is a reliable keeper and just saved 32 shots for the Netherlands in the group phase of the Tokyo 2020 women’s Olympic handball tournament.

After two stints at for the team she started her career at, between 2004 and 2011, with the second one from 2019 and 2021, Radicevic is ready to start anew at a rookie in the DELO EHF Champions League. She will not be alone, joining forces with three other Montenegrin players, Majda Mehmedovic, Marina Rajcic and Milena Raicevic, but she is the leader of the pack wherever she goes. She is one of the all-time greats in the history of the European top-flight, scoring 882 goals in 16 seasons in the competition.

The Brazilian back has it all: speed, creativity and a powerful shot, packaged in a 1.73m diminutive player. De Paula has been named the MVP of the inaugural EHF Finals Women, helping Nantes take their first-ever international trophy with an amazing display. She was also bright at Tokyo 2020 as Brazil’s second-best scorer with 25 goals in five games. There will be no need for adaptation, as de Paula has been already playing in France since the 2016/17 season, when she signed for Fleury Loiret.

The 22-year old left back is one of the brightest young stars in women’s handball, highlighted by her otherworldly performance in the DELO EHF FINAL4, where she scored 22 goals to lift Vipers to their first title. The move was already sealed by Esbjerg prior to the business end of the tournament and it was a shrewd move by the Danish side, who are getting a coveted player for the new season. Reistad has already two seasons under her belt in the DELO EHF Champions League with at least 70 goals scored.

Whether CSKA had a strong back line might be debatable, but adding Gros instantly brings more depth and a proven scorer in the DELO EHF Champions League. The Slovenian right back was the top scorer of the competition last season, putting 135 goals past the opposing goalkeepers. Gros has never scored less than 73 goals in Europe’s premier competition for the past six seasons, her third goal in the CSKA shirt being her 700th. If she can maintain her form, she will have an instant impact on a team crying for goals.

Increased pressure no problem for Sandell

FEATURE: The EHF Champions League 2020/21 runners-up are back — but this time around, it will be difficult for Aalborg to surprise

This is Me: Carlos Ortega