Two years after winning the Men’s 18 EHF EURO title for the second time, Sweden will meet two former champions in the preliminary round of the 2020 tournament in Slovenia in August.

Sweden have been paired with 1994 champions Spain and 1999 winners Hungary, while Israel is the fourth team in group B.

That was the outcome of the M18 EHF EURO 2020 draw, which was conducted at the Narodni Dom in Celje on Thursday. A full recording of the draw is available on the EHF EURO Facebook page. 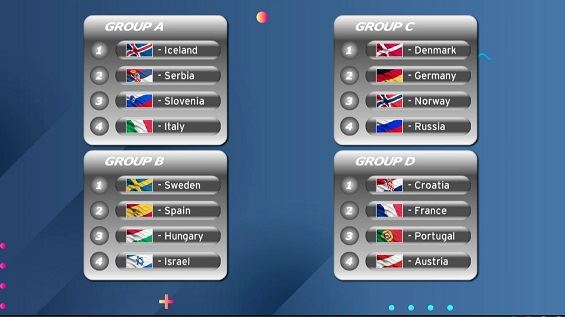 Hosts Slovenia face the runners-up from two years ago, Iceland, as well as 2004 champions Serbia and Italy in group A.

Denmark, who have won three silver and seven bronze medals but are yet to lift the M18 EHF EURO trophy, share a group with two-time former champions Germany, Norway, and Russia, who won the title in 2001.

Also, record four-time finalists and two-time gold medallists Croatia (2006, 2010) are up against another nation that won this title twice, France (2014, 2016). Portugal, who won the inaugural championship in 1992, and Austria complete group D.

The M18 EHF EURO 2020 will be played on 13-23 August (playing schedule). This is the fourth YAC European Championship Slovenia are hosting in recent years.

More information on the event is available on the official tournament Facebook page.