By winning their double-headers last weekend, RK Metaloplastika Sabac from Serbia and Handball Esch from Luxembourg have already advanced from Men’s EHF Cup Qualification Round 1.

It leaves 14 spots in Round 2 still open, so 28 will be hopeful to take that next step when Round 1 will be wrapped up this weekend.

The schedule includes five double-headers, so for 10 teams their European Cup adventure starts this weekend.

One of those double-headers is taking place in Pejä in Kosovo, where the Kosovan champions KH Besa Famgas are receiving Pfadi Winterthur on Saturday and Sunday. Both teams reached Round 2 last season so one of them will repeat their achievement.

While Besa Famgas have not beyond Round 3 in the past, the Swiss visitors have a richer history in Europe as they reached the EHF Champions League Quarter-finals twice, in 1997 and 1988, and the Last 16 also twice, in 1995 and more recently in 2004.

In the EHF Cup, Winterthur once were in the quarter-finals (in 2003) but they have failed to reach the group phase since 2016.

Pfadi Winterthur travel to Kosovo after a fine dress rehearsal. On Wednesday, they earned a 25:24 win in their Swiss league game away at Wacker Thun - a VELUX EHF Champions League Group Phase participant last season.

Twice have Maccabi Rishon Lezion made it to the Last 16 in the EHF Cup, in 2008/09 and 2011/12. They will first target a place in Qualification Round 2 this season when taking on Dragunas Klaipedos from Lithuania, who are visiting Israel for two matches Saturday afternoon and Sunday night.

The visitors from Klaipeda reached the second qualification round in 2013/14 but have had to leave the competition after the first round the past two years. 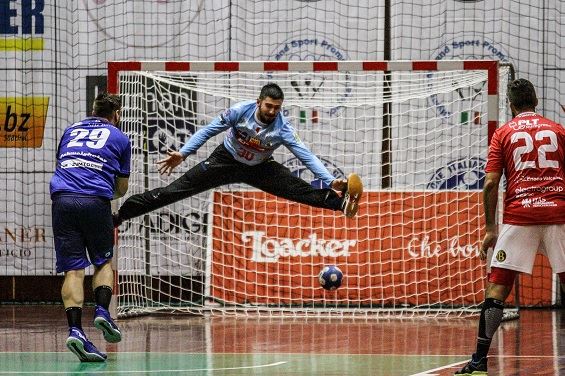 The Sportske hala Slana Bara in Novi Sad will be the venue of a Serbian-Montenegrin encounter Saturday evening and Sunday afternoon.

Vojvodina, who reached the VELUX EHF Champions League Group Phase in 2015/16 and made it to the third qualification round of the EHF Cup last season, are receiving HC Lovsen from Montenegro, who are in the EHF Cup for the first time in three years.

Lovcen are boasting a squad which exists of nearly completely exists of domestic players with one exception – Danish centre back Brian Ankersen.

Some teams don’t play double-headers but have only the return match ahead of them.

Constanta were in the group phase of the competition last season and they have an excellent chance to reach Round 2 this weekend, following the 24:24 draw from the first leg last week.