A special Sunday for Marina Rajcic in Metz

Sunday's Women’s EHF Champions League match between Metz and Buducnost will be a special occasion for Marina Rajcic. The Montenegrin goalkeeper returns to her home for the past three seasons, where she developed immensely as a player.

The Round 3 clash sees her return as the visiting opposition with Buducnost, aiming to leave France with the two points.

“I am very happy to return to Metz. I cannot wait to see my former teammates and I also look forward to seeing everyone around the club and the fans.

“I spent three beautiful years there, and I am eagerly awaiting the match,” Rajcic tells ehfCL.com.

As a former player, what kind of welcome do you expect from the Metz fans?

Marina Rajcic: Knowing the Metz fans, I think I and my team will be welcomed with great respect, as always. I expect a great atmosphere in the hall, there is always a feast in the stands, it is very pleasant to play in Metz.

After three years in Metz, you returned to Buducnost, signing a five-year contract. Why did you make such a decision?

Marina Rajcic: The biggest desire to return home was because of my family, it was my priority. I had a great time in Metz, but my home is Podgorica and Montenegro. I enjoy Buducnost as my home club, with all the girls, especially from the national team. We have the same dreams and aim to achieve better results than last season.

In the first two games, Metz Handball defeated Larvik and drew with Odense. What kind of game do you expect in Metz, a team which Buducnost lost to in the last two encounters, both with you playing for the French side?

Marina Rajcic: I know that the game will be very good and difficult, knowing the qualities of Metz, who are extremely strong physically and mentally. The game will require concentration for all 60 minutes, because Metz play fantastic at home. They are almost invincible in front of home fans. But, we are prepared for the big battle on Sunday, we love these kind of games.

Did coach Dragan Adzic ask you for information about your former team?

Marina Rajcic: Yes, he did, as well as teammate Zoqbi De Paula, who played in France for several years. We have enough information about Metz, we are ready for the game. 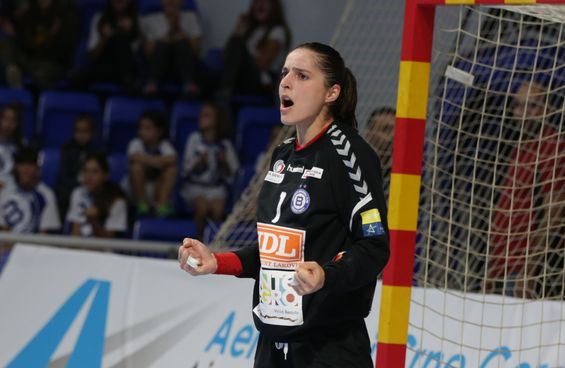 After a home win against Odense HC, Buducnost lost in Norway against Larvik in a game in which you were favourites to win. What happened?

Marina Rajcic: It was an unexpected defeat. Since almost every team during the season has this kind of moment, for us it is good that it happened now. I hope it was the last bad surprise. I think in Norway the problem was psychological, rather than physical. The imperative of victory negatively influenced on the team. I think against Metz we will be more relaxed, we will play better and I believe in a positive outcome.

So far, every team has gained points in the group. How do you predict the outcome in the group?

Marina Rajcic: There are no easy teams, no easy matches, especially away from home, where the home team has extra energy. Every game is exciting, not only in our group, but also in the others. I hope in the end, everything will turn out well for us.

What are Buducnost's goals this season in Europe?

Marina Rajcic: We want to go step by step. It is too early to talk about goals, we are just at the beginning. Firstly, it is important to progress from the group and play each match to our ability. Now, the most important thing is to do our best against Metz and try to win.

Previous Article Metz and Kobenhavn vie to stay on top

GROUP B REVIEW: in an extremely tight fight, Metz snatched two points thanks to a late winner

Rostov go back to winning ways against Buducnost

GROUP A REVIEW: The Russian powerhouse bounced back after a shaky start to hand Buducnost their fourth loss in a row, 25:19

FEATURE: Dortmund with their unexpected start and an on-fire rookie steal the show in the DELO EHF Champions League

Bonnefoi and Bos save the day for Montpellier

GROUP A REVIEW: The French side counted on a strong goalkeeper and sharp shooters in a tough clash against Meshkov Brest

GROUP A REVIEW: The Danish champions remain on top of the table after their fourth victory in five matches

Kielce add a fourth win to their current run

GROUP B REVIEW: Even though Porto displayed huge resistance, Kielce snatched their fourth win in a row.

GROUP A REVIEW: Szeged show incredible moral, while THW give up a seven-goal gap

GROUP A REVIEW: Goalkeeper Imsgard and a strong team performance were the base for beating Zagreb

LIVE BLOG: Running coverage of EHF Champions League Men 2021/22 round 5, with five matches on Wednesday and three on Thursday

Richardson: “I had to be at the right level from day one”

FEATURE: Barça summer signing Melvyn Richardson is the fourth French player is the club’s roster and has already settled in