One week after their 29:24 home win against Gwardia Opole, SL Benfica beat the Polish team again in the Men’s EHF Cup group phase and secured a fourth consecutive victory.

With an inspired goalkeeper, Miguel Espinha, and many efficient counter-attacks, the Portuguese side impressed with a 23:30 win.

One week after their 31:35 away defeat against Bjerringbro-Silkeborg, Melsungen hosted and beat the Danish team (35:33) in another goal fest, securing their second victory in Group A of the EHF Cup.

With an inspired Julius Kühn-Marino Maric duo, the German side is still alive in the competition with this win.

Mateusz Jankowski, Opole's pivot, scored the first goal of the match but a 3:0 run by the home team was not a preview of what was to come.

With a lot of turnovers for Gwardia Opole and many good saves by Miguel Espinha, Benfica moved in front (5:9) with an impressive 5:0 run and never went behind again in the game.

In the second half, led by Petar Djordjic, who scored eight goals to move to 44 total in the EHF Cup, coach Carlos Resende’s team forged ahead and clinched their fourth win (23:30) in four group stage games.

As in the previous match, there was a star performance for the right wing Patryk Mauer and, inevitably Petar Djordjic was on fire once again.

Who can stop this Serbian left back?

Miguel Espinha Ferreira of Benfica highlighted the team-based element of the victory, "It's the whole team victory. Every player of my team was playing very good and helping each other today, it's a very good win for us." 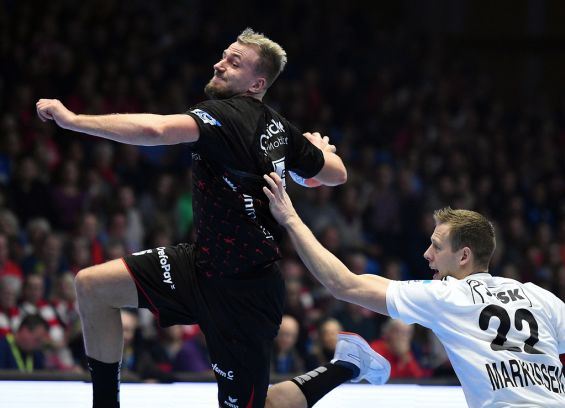 With a very balanced and high-scoring start (5:5 after 10 minutes), it would not be expected that the home team would reach half-time winning by four goals (18:14) in a true feast of goals.

In the second half, Bjerringbro-Silkeborg went full throttle and with a run of 6:2 the Danish team gave Melsungen a scare (20:20).

Despite that and contrary to what happened in the previous game, Melsungen knew how to react and led by Julius Kühn and Marino Maric, they did not miss a victory that was fundamental for them in the EHF Cup.

Maric, Melsungen's pivot, and Brian Nöddesbo, Bjerringbro's pivot, were the top scorers of the game and proved once again the importance of the line players in teams that want to play at the highest level.

SUMMARY: Running coverage of the second leg of the European Cup Women final