Bietigheim in new role as favourites

Bietigheim won the first match between these sides with a comfortable result of 29:24 – the German champions even led the match in Kristiansand Aquarama by up to nine goals along the way.

That was Bietigheim’s first win in the Champions League, and although the teams are level on the group table with two points each, the Round 3 victory appears to make Bietigheim the favourites ahead of Wednesday’s clash in the MHPArena, Ludwigsburg.

“Being favourites is new to us, like everything in the Champions League, and I am not sure how my players are going to react to that,” says Bietigheim’s Danish head coach Martin Albertsen.

“In the match in Norway, we finally got our game going, especially in the first half, and I hope for this to continue one home ground as well.

“We have won everything in the Bundesliga so far, and I hope that this stability will also be reflected in our performances in the Champions League from now on.” 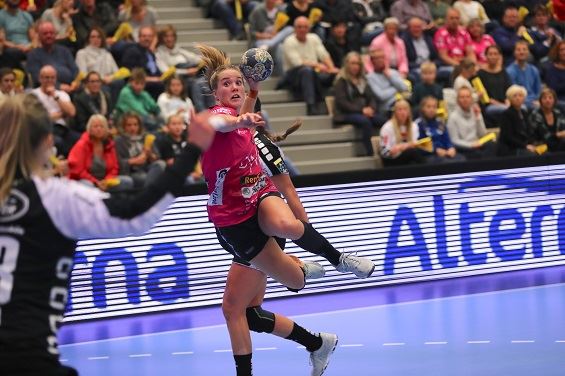 For Vipers, it is a question of improving their performance compared with that of the home match.

“We were certainly not happy with our home game against Bietigheim, where we made way too many mistakes,” says head coach Kenneth Gabrielsen, who travelled to Bietigheim for the Round 4 match with his team on Monday afternoon.

“Getting a point or two in Germany will be very difficult, but we are determined to prove that we can at least do better than we did in the first match.”

ROUND PREVIEW: The defending champions face Sävehof in a Scandinavian derby in round 2 of the group phase

Friendly rivalry between Rostov and CSM turns into a rout

GROUP A REVIEW: CSM Bucuresti make their worst-ever start in the DELO EHF Champions League after losing the second game in a row