When CSM Bucuresti were founded in 2007, few would have thought that a new team would be able to challenge for European glory in just a 10-year span.

With women’s handball gaining traction in Romania in the past 20 years, the focus in the Romanian capital shifted slowly from the men’s side unto the women’s team.

The bet was a successful one, with CSM winning the Women’s EHF Champions League in their maiden season, 2015/16, the first ever European trophy for a Romanian side in the European premium competition.

This season the women’s team just missed a fourth straight appearance at the DELO WOMEN’S EHF FINAL 4 as the team was hit by injuries to several key players.

But here comes the men’s side to the rescue. After their best ever European season, CSM Bucuresti are only 60 minutes away from glory in the Men’s Challenge Cup Final against AM Madeira Andebol.

CSM got a 22:22 draw in the first leg in Portugal and can complete their title mission in the return leg on home court on Saturday (live on ehfTV.com at 13:30 hrs).

For the past several seasons, CSM have established themselves as a force to be reckoned with in the Romanian league. But the title has always escaped from their grasp, as CSM finished runners-up for three consecutive seasons between 2015 and 2017.

But with players from eight different countries in their roster – Romania, Brazil, Iran, North Macedonia, Czech Republic, Tunisia, Spain and Bosnia-Herzegovina – the Romanian side was always going to be a main player in the Men’s Challenge Cup. 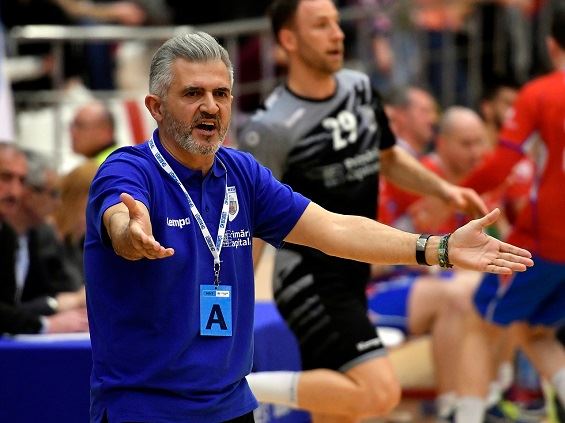 “Of the goals this year, the most important one was winning the Challenge Cup. I think we are not ready yet to fight for the title here in Romania, but we focused on the European season almost from the beginning and now we are in a position of strength,” said Paulo Jorge Pereira, the team’s coach.

Of course, Romanian sides have a lengthy tradition in the Challenge Cup, with six Romanian wins – CSA Steaua Bucuresti, UCM Resita (three times), HC Odorhei and Potaissa Turda – in the past 13 seasons.

Now, CSM have every chance to improve the tally to seven wins following the draw in Portugal last week.

“We were extremely happy to clinch that result, now we must finish it off on home court on Saturday,” says Pereira.

A historic win in the making for Romania

CSM look always destined for turbulence, as expectations are high from a team that is controlled by the local authorities and Romanian fans, in general, are difficult to please.

The challenge is always to balance heart-breaking losses with knife-edge wins, but the ambitions are still high.

But what is next? A step forward to the Men’s EHF Cup?

“I think we should think only about the next game, which is the most important one. A win here and all our hard work will pay off,” says Pereira.

The Romanian side took part in the Men’s EHF Cup Group Phase in 2015/16, but fell short of progressing, and was eliminated in the past two seasons in Qualification Round 2. 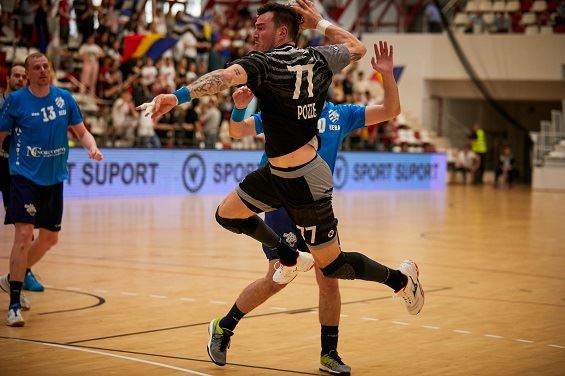 “A part of this story will end on Saturday, so we must put in everything we got and if we win, then we will make history,” said Pereira.

Romania is tied with Germany for the most wins in the history of the competition – six – and will become the outright No. 1 if CSM win on Saturday.

While the Romanian side has some established players – the Esteki brothers who impressed for Dinamo in the VELUX EHF Champions League two seasons ago, or former Metalurg Skopje winger Goce Gjorgjievski – the driving force behind this season looks to be their coach.

Pereira, who is also the Portuguese men’s national team coach, set to qualify for the EHF EURO for the first time in 14 years, came to CSM last season and established himself as a great handball mind.

The Portuguese coach finds himself, however, in a tough spot as the opponent in the Challenge Cup Final is Portuguese.

“Of course, there was extra emotion involved in the first leg in Portugal, but I let that brush aside and I focused only on getting a positive result,” Pereira said. “We are the favourites and it would be lovely to clinch the trophy in front of our own fans. However, surprises may happen, it is handball after all, and we must be focused.”

Next Article The debutants who know to handle German opponents