CSM’s Adrian Vasile and Rostov’s Per Johansson are friends and work together as coaches for the Montenegrin women’s national team.

But for 60 minutes on Thursday, they will try to inflict bows to their opponents, when CSM Bucuresti host Rostov-Don in a match initially scheduled for round 3.

The match in Romania will give the battle for first place in group A new impetus: currently both teams are on 11 points, though Rostov have a game in hand.

In round 9 this weekend, Brest Bretagne Handball host Odense Håndbold on Sunday in another captivating Match of the Week.

Also, group B leaders Györi Audi ETO KC receive Buducnost and are hopeful to extend their glorious unbeaten streak to 45 games, while the Montenegrin side’s sixth goal in this match will be their 7,000th in EHF Champions League history. 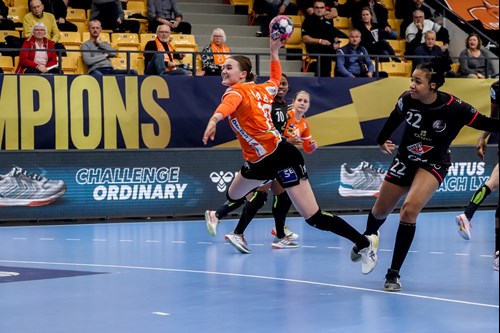