Liberbank Cuenca were leading by six goals in the first half, fell two behind in the second, but ultimately finished better and won 29:27 against TTH Holstebro in their opening match in group B of the Men’s EHF Cup.

The teams also met in the group phase last season. On that occasion, Cuenca won 26:24 at home, and in their opening EHF Cup 2019/20 group phase match on Sunday afternoon, the Spanish side repeated their two-goal win.

Holstebro were missing left back Jonas Porup, whose wife was about to give birth, and right back Nikolaj Enderleit was injured.

The visitors’ reduced back court left the Cuenca defence with few problems at the start, and at the other end of the court, the home team had no trouble, pulling ahead 9:3. 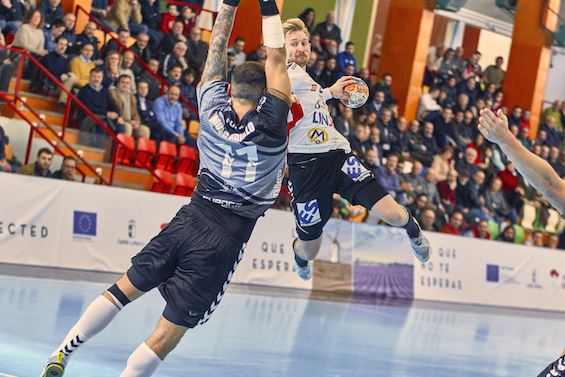 Mainly through an improving defence and following fast breaks, however, Holstebro managed to work themselves into the game.

Four minutes into the second half, Magnus Bramming gave the visitors their first lead at 13:12, but despite increasing the distance to two, Holstebro were not able to hold on.

Cuenca took over again, and with 21 seconds left, Suarez could secure the win when he made it 28:26.