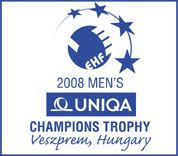 This annual EHF event is the launching pad for the European club season; designed as a weekend event of semi-finals and final matches, it brings the EHF Club Champions of the previous season (2007/2008) together to decide the Club Championship of Europe. High profile teams will not only be taking part to win the title but also use this platform as an elite preparatory competition for the highly-competitive season ahead. The EHF Champions League title holders BM Ciudad Real (ESP), the Champions of the EHF Cup Winners Cup HSG Nordhorn (GER), the EHF Cup Winners’ Cup MKB Veszprém (HUN) and the EHF Champions League runners’ up THW Kiel (GER) will all be in Veszprém, where the event will be played in the brand new Veszprém Aréna. 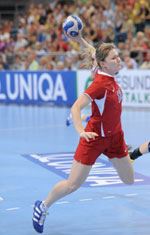 Peter Vargo, EHF Marketing GmbH Managing Director underlines the importance of high profile partners, “UNIQA Hungary have been a close partner of the EHF Champions League in Hungary for four season’s now, we are proud to announce them as naming sponsor of this event. It underlines UNIQA’s commitment to handball in this sport country, where sport runs through the veins of the people.”

UNIQA Hungary has been an EHF Marketing partner since 2005. In addition to the agreement of being naming right sponsor to the 2008 Men’s EHF Champions Trophy, they have underlined their commitment to the EHF Men’s and Women’s Champions League product and European Cup competitions for a further year, signing an extension to the existing contract for Hungary.

UNIQA Biztosító Zrt. CEO Othmar Michl emphasises his commitment to the partnership with EHF Marketing, “UNIQA has been a longstanding partner of the European Handball Federation and EHF Marketing for many years. It is a partnership we have built on and one which our clients can identify with – handball is a hugely successful sport in Hungary and a sport which we are proud to put have our name connected with.”

The Champions Trophy (formerly coming under the title of European Championship for Club Teams or commonly the Supercup) commenced in 1994 with FC Barcelona taking the first title ever. Champions Trophy is an event reaped in tradition on the European club circuit, now making it one of the most prestigious events of the season. The EHF has re-launched the event under the new name of Champions Trophy in 2007, which is fitting because the champions of the Champions League, EHF Cup and Cup Winners’ Cup meet a wild card entrant to offer the public this attractive event

During the 18 years since the founding of UNIQA Biztosító Zrt., the company has become the sixth largest insurance company on the Hungarian market. It has over 400 thousand corporate and residential clients and a sales network that encompasses the entire country. The premium revenues in 2007 exceeded HUF 66 billion. The insurance company has had a Hungarian presence since 1990, bearing the name UNIQA Biztosító Zrt. from November of 2003 onward. The objective is the provision of comprehensive services to the clients at a level of quality that sets the standard for other insurance companies as well. UNIQA Biztosító is the member of UNIQA Group Austria, one of the leading Central-European insurance groups. The UNIQA Group has close to 15,700 associates and sales personnel; in 2007 its premium revenues exceeded EUR 5,3 billion. Its primary operational regions include Central and Eastern Europe, where over the course of many years it has accumulated a great deal of experience which provides an excellent foundation for continued dynamic growth.

Further questions and statements should be addressed to: