The opening match of the Men’s IHF World Championship 2023 might still be more than 14 months away, the journey to Poland and Sweden starts this week with phase 1 of the European qualification.

A total of 16 European teams that failed to make it to the Men’s EHF EURO 2022 will vie for eight places in the next phase of the qualification. They have been divided into four groups of four teams, with the top two of each group advancing.

The teams in group 1 play a full competition with home and away matches, beginning with round 1 on Wednesday and round 2 on Sunday.

The other three groups have opted for a tournament format at one venue: group 2 takes place in Finland from Friday through Sunday; groups 3 and 4 will be played in Romania and Faroe Islands, respectively, in January 2022.

The 32-team World Championship 2023 will be played across nine venues in Poland and Sweden on 11-29 January 2023. Three European nations – the two co-hosts and defending world champions Denmark – have already been guaranteed of a place at the final tournament. 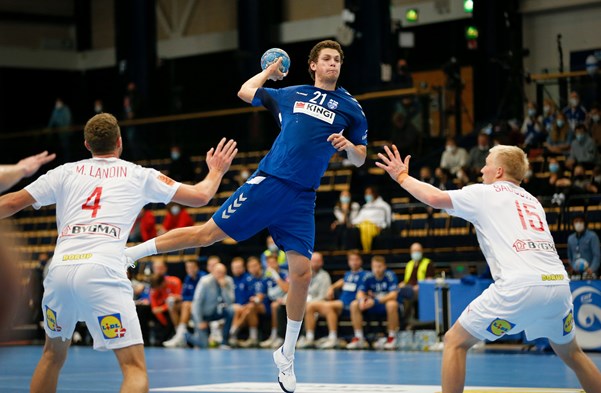 (all matches in Vantaa, Finland)

Previous Article Metz in control to secure victory over Kastamonu

Next Article Sagosen heading home to Kolstad in 2023

GROUP 2 REVIEW: Hosts leave it late against Estonia and Georgia ease past Great Britain on opening night of qualification tournament in Finl…

PREVIEW: On 1 December, the first Women’s World Championship with 32 teams will throw off in Spain

REVIEW: Poland beat both Montenegro and Italy to take one of the last places available at the Women's U20 World Championship 2022

PREVIEW: Montenegro host Italy and Poland this weekend, with the winner advancing to the Women’s U20 World Championship in Slovenia

GROUP 1 REVIEW: Greece top the group rankings; Kosovo and Belgium pick up their first points in round 2 of World Championship qualification

GROUP 2 REVIEW: A big win for Finland and a closer one for Estonia puts them through to the next qualification phase

GROUP 2 REVIEW: World Championship 2023 qualification continued in Finland with a thrilling draw and a first win for Estonia

GROUP 1 REVIEW: Greece survive a second-half comeback by Belgium, while Turkey hold on against a battling Kosovo

Great Britain return and dare to dream once again

FEATURE: After a long break from international handball, Great Britain re-start their engines with a trip to Finland for World Championship…