Sagosen heading home to Kolstad in 2023

On Sunday afternoon, Norwegian club Kolstad Håndball confirmed the news that the handball world had been speculating for weeks – Sander Sagosen is heading home.

The Norwegian superstar and EHF Champions League winner in 2020 with THW Kiel, is set to leave the club at the end of his contract in the summer of 2023, returning to his hometown of Trondheim and joining the club he played his first senior season with in 2012/13, leading a cohort of big-name Nordic talent joining the club over the next two summers.

"For me, this has been a dream ever since I left Trondheim. Now I have tried almost all of the top leagues in Europe. But I admit that I have been thinking about it a lot before I finally decided. And if we get to what we are now investing in, a Kolstad that can play at the highest level in Europe, then I also hope that I end my handball career here.

“It is about creating a product that a large sports-interested audience wants and with a Trondheim Spectrum as full as what we experience in Kiel. We can have a fantastic journey in Kolstad," Sander Sagosen said at Sunday’s press conference.

Kolstad teased the news earlier in the week, claiming it was set to be a historic Sunday in Kolstad Arena when they host a press conference with news that can create both local and Norwegian sports history.

The rumours were all but confirmed on Friday as clubs of the Sander Sagosen (Kiel), Magnus Rød (Flensburg) and Magnus Gullerud (Magdeburg) simultaneously announced their players would be leaving when their contracts expire.

Kolstad’s claim did not disappoint as they announced the signings of Sagosen and Rød in 2023, while Gullerud will join in the summer of 2022, alongside Norwegian goalkeeper Torbjørn Bergerud and Icelandic duo Janus Smarason and Sigvaldi Gudjonsson. 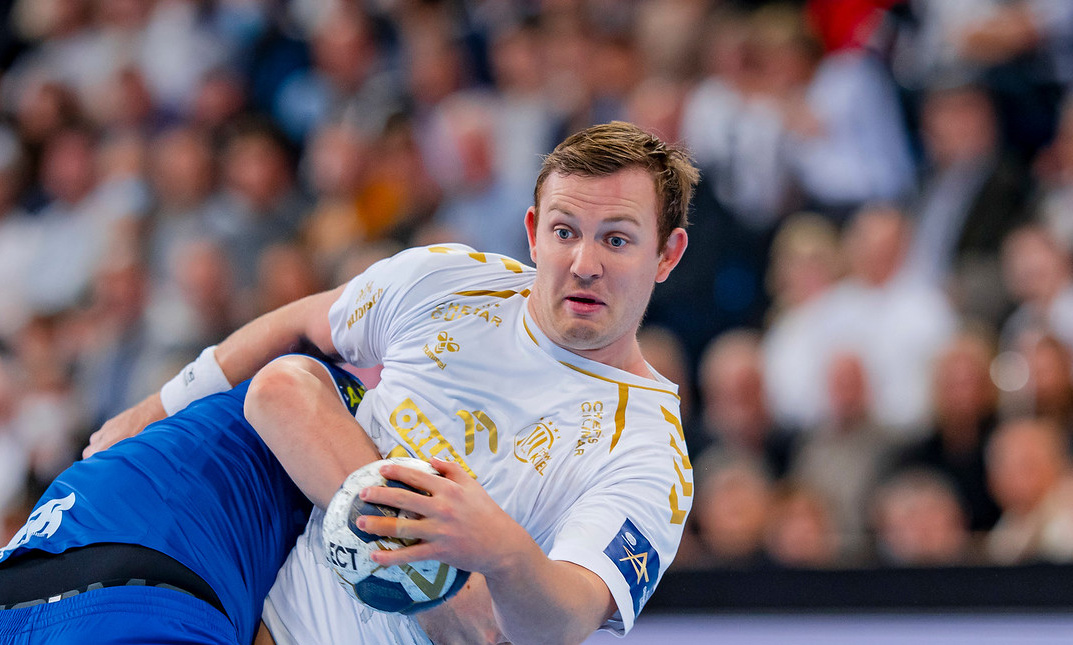 It is about creating a product that a large sports-interested audience wants and with a Trondheim Spectrum as full as what we experience in Kiel. We can have a fantastic journey in Kolstad.
Sander Sagosen
THW Kiel centre back, joining Kolstad Håndball in 2023

Naturally, this is a huge signal of intent from the Trondheim-based club, who have ambitions to become a heavyweight on the European scene.

Founded in 2005, the club reached the Norwegian top flight in 2015 and have played at that level ever-since. The squad, with Sander Sagosen’s father Erlend Sagosen in the coaching staff, currently sit ninth in the Norwegian league and will have a very different look and set of expectations come next summer.

“Together we will create Norway's most awesome sports experience. Kolstad will meet the goal of becoming Norway's best handball club by 2024. Both the club and the players have ambitions for Kolstad Handball to become an international top team that will assert itself at the top of the Champions League,” said Jostein Sivertsen, general manager of Kolstad Handball.

Next Article Preparation ramps up for EHF EURO 2022