Everything even in Debutants´ duel

Everything even in Debutants´ duel

Madeira and Bucurest are both in their first European Cup final, and after the first leg in Funchal on Sunday, they are completely equal, as the first match ended 22:22 after Madeira had been leading by five goals well in to the second half.

The draw may give CSM and edge before the return match in Bucharest. 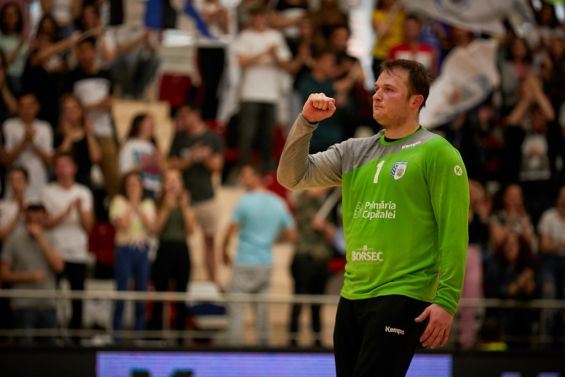 The first meeting between two European cup final debutants ended in a draw in front of a full arena in Funchal, Madeira. Never was more than one goal ever separating the teams in a slow and low-scoring first half, where Madeira were leading all the way apart from a 1:0 lead for CSM.

After winning the first half by a single goal, Madeira got the better start to the last 30 minutes with a two-goal lead at 10:8, but the visitors caught up again, and at 12:11, CSM took back the lead. This was followed by Madeira´s best period in the match, though, as the home team went from 13:13 to a 19:14 lead.

At this point, Madeira seemed to be creating a quite comfortable lead before the return match at home. However, the away team managed to catch up once again, and by scoring the last two goals of the match, CSM put themselves in a favourable position ahead of the second leg in the Romanian capital next Saturday.

Next Article Thomsen: "Players deserve the best of the coaches every time"