Five reasons why Danish clubs are so successful

Five reasons why Danish clubs are so successful

There was a time when Danish teams were completely dominating women’s club handball in Europe. From 2004 to 2010, Slagelse DT and Viborg HK each won the Women’s EHF Champions League three times.

Those days are gone, but this season female teams from Denmark are enjoying remarkable success again in Europe. 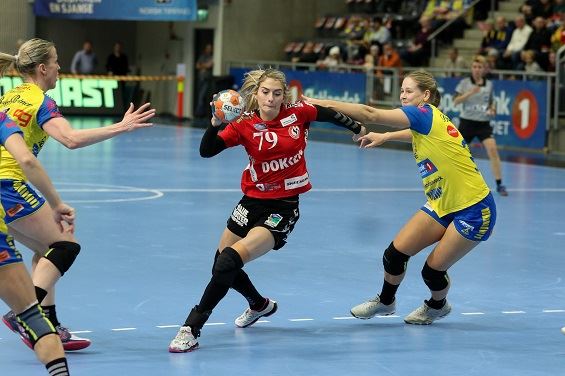 Here are five reasons for the Danish success:

1. The money is coming back

After the global financial crisis, which started in 2008 and hit Danish handball hard, economy has recovered in the Scandinavian country and sports sponsoring is on the rise again. Women’s handball has always been among the most popular sports in Denmark, so it is benefitting strongly from this development with several new investors and sponsors popping up.This is the case for Odense HC as well as Kobenhavn Handball, who had an all-Danish duel for a quarter-fiinal spot in the EHF Champions League this season, but also for Team Esbjerg. Several financially strong companies as well as a trade union have been investing in Esbjerg to build an internationally competitive team.

Also at Herning-Ikast Handbold a new group of investors has taken over the club formerly known as FCM ahead of the current season, hoping to bring new glory to women’s handball in the area.

The second reason is connected to the first: in some areas, investing in handball comes more natural than in others, and this obviously applies to towns where women’s handball has a strong tradition.

Viborg is an obvious example with three EHF Champions League titles, and the town does not host many other elite sports clubs. They recently struggled with renewed financial problems but seem to overcome them.

In Esbjerg, the women’s team are ahead of their male counterparts, Ribe Esbjerg, who are even struggling to qualify for the play-offs of the domestic championship.

On the island of Funen, the Odense women’s team has a firm grip on the market for handball sponsoring, while the GOG men’s team are dominant in the rural south of the island. 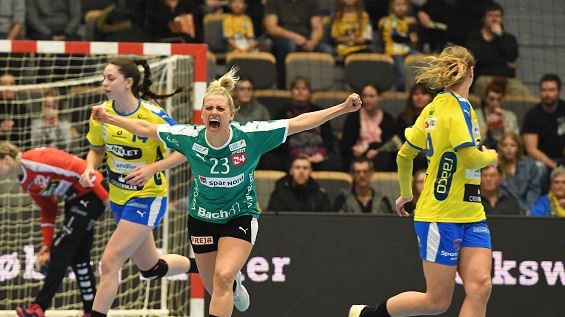 3. The balanced strength of the Danish league

Unlike in many other countries, there are not just two clubs in Denmark boasting the strongest squads and completely dominating their domestic league.

There are quite a lot of strong teams in Denmark, where three teams are popping up behind Odense and Kobenhavn on the European stage this season, all qualifying for the semi-finals of the EHF Cup.

Having many strong teams creates an equal league, with the top teams being put to the test almost every league game. It develops and sharpens the players, and makes them keen and ready for the tasks in the European Cup games.

4. Danish talents get the chance

Denmark have always been famous for their ability to develop talents, and the country has celebrated many successes at younger age European and world championships.

In the ‘golden era’ of EHF Champions League domination, however, Danish teams often boasted foreign stars, meaning that Danish talents were suffering from a lack of match practice.

Nowadays, most of the big stars play in Eastern Europe, enabling a lot of young Danish players to unfold their large potential in the domestic league as well as in the European Cup competitions.

Maybe those players are not capable yet of leading their teams to the EHF Champions League trophy, but they have proved that they can help their teams go deep in international competitions. 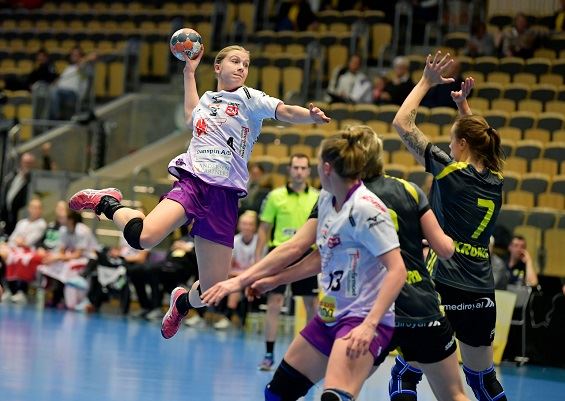 5. The best players stay at home

While most members of the gold-winning men’s national team are playing abroad, a vast majority of the best female players are featuring in the Danish league.

About 10 to 15 years ago, many players went to Norway, but that league is no longer financially attractive to Danish women.

So far, only few Danish players have moved to Eastern European clubs, though recently the French league has become attractive for them. Right back and national team player Louise Burgaard will leave Herning-Ikast for Metz Handball after this season, while national team goalkeeper Sandra Toft is set to join Brest Bretagne Handball.

It remains to be seen which effect the departure of several top players might have on the Danish clubs in the near future.