After a busy summer of Younger Age Category events in Europe, some of the players who starred for their nations at youth level will feature in the EHF European League Men this weekend.

Before the matches begin in qualification round 1 on Saturday, we have selected four players for you to keep an eye on.

At the Men's 20 EHF EURO 2022 in Portugal, All-star line player Javier Rodríguez scored 23 goals for Spain. In the final against the hosts, Rodríguez did not score in the first half. However, in the second half, he scored three goals from four shots and made a valuable steal when the match was level at 32:32 with just under eight minutes remaining.

Having already shown his ability to deliver when it counts, Rodríguez is a player to watch on Saturday when La Rioja begin their campaign in Germany against TBV Lemgo Lippe. 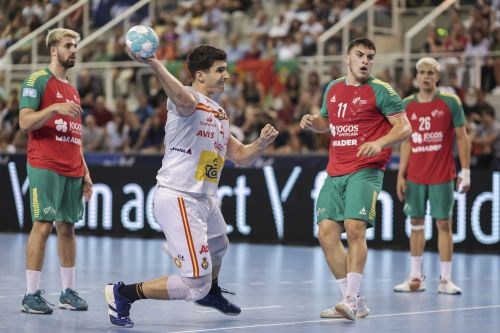 Left back Nikoloz Kalandadze lit up the M20 EHF Championship 1 2022 in Bulgaria — scoring 76 goals for Georgia in six games — and he could make his club debut in a European Cup competition when Chambery Savoie host HC Dobrogea Sud Constanta on Saturday evening.

Despite finishing the M20 EHF Championship 1 as the top scorer and receiving the MVP award, Kalandadze could only guide Georgia to a seventh-place finish. Kalandadze featured in the squad for four of Chambery's French league matches last season. However, his only goal in the French league came in February 2021 against USAM Nimes Gard.

Kelvin Roberts, brother of Swedish women's international Jamina Roberts, featured as a left wing for Sweden at the M20 EHF EURO 2022 in Portugal, where he scored 14 times. While his sister will play her first season in Norway for EHF Champions League winners Vipers Kristiansand, Kelvin Roberts is preparing for his second senior season with IK Sävehof.

Roberts tasted EHF European League action in 2021/22 when he scored four goals against RK Gorenje Velenje in Sävehof's final group phase match. Sävehof's road back to the group phase begins on Sunday with a home match against AHC Potaissa Turda, and Roberts will want to rank highly among the scorers if he gets enough opportunities. 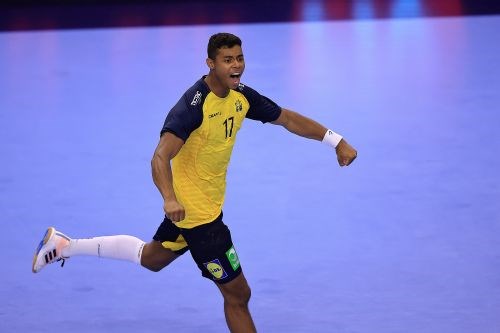 As the All-star left wing of the M20 EHF EURO 2022, Roberts is part of the Respect Your Talent programme. All All-star Team players from Younger Age Category events in 2022, including Javier Rodríguez and Nikoloz Kalandadze, will participate in the programme aimed at enhancing player development on and off the court.

Bence Imre made the list after scoring 23 goals from 29 attempts for Hungary. With a shooting efficiency of almost 80 per cent at the championship in Portugal, Imre helped Hungary to finish fifth.

When Hungary met Spain in the main round, Imre finished as the top scorer after scoring seven goals from nine shots.

At 19 years old, Imre is one of the younger players in FTC's squad for the EHF European League this season. If Imre gets the chance to shine on the court against CS Minaur Baia Mare on Saturday evening, he should benefit from the experience and help of Hungarian backs Máté Lékai and Zsolt Balogh.

Eight "Respect Your Talent" alumni who can shine in EHF EURO…

FEATURE: The M20 and the M18 EHF EURO tournaments gave us a glimpse into handball’s future, and we are searching for the next best thing thr…

FEATURE: After a busy period of Younger Age Category tournaments, we take a look at some of the players who starred this summer

Talents enjoy summer of inspiration at Respect Your Talent e…

Meet the stars of the YAC summer 2022

NEWS: Overview of the teams that won the medals and the players that made the All-star Teams at 10 YAC events in July and August

TALKING POINTS: The summer full of YAC events ended with the finals of the Men’s 18 EHF EURO and EHF Championships last weekend

FINALS REVIEW: Spain secured the coveted M18 and M20 EHF EURO double with a superb win in the final against Sweden, 34:32, after a nail-biti…