Gislason: “Our fans deserve this event on home court”

Gislason: “Our fans deserve this event on home court”

Alfred Gislason can crown his career by becoming the first coach to win the EHF Champions League and the EHF Cup both in the old and the new format.

The Icelandic coach steered SC Magdeburg to the EHF Cup trophy in 2001, and to the Champions League title the following year.

After coaching Gummersbach, he succeeded Noka Serdarusic at THW Kiel and became the first coach to win the VELUX EHF Champions League with two different clubs, in 2010 and 2012.

Now, some weeks before he will end his career, Gislason has the chance to win the EHF Cup again as Kiel are hosting the AKQUINET EHF Cup Finals. His current assistant and former THW player, Filip Jicha, will take over next season.

Few days before the event, the 59-year-old Gislason talks about his ambitions, his farewell tour and the chances of Kiel on home court.

europeancup.eurohandball.com: The AKQUINET EHF Cup Finals are your last international games as THW coach. Have you already dealt with the farewell?

Alfred Gislason: Let’s put it this way: I got to deal with it as everybody is talking about it all the time. But I try to hide those thoughts until the end of the season. Nevertheless, I am pleased that so many companions and friends have already agreed to come to my official farewell on 26 July in the Sparkassen-Arena.

europeancup.eurohandball.com: In this respect, how important would a title be at the AKQUINET EHF Cup Finals?

Alfred Gislason: It would be very important for me, my team and the club. Everyone got in the right place to bring the AKQUINET EHF Cup Finals to Kiel and turn it into a great tournament.

europeancup.eurohandball.com: In 2001 you won the EHF Cup with Magdeburg, your first international title as a coach. Does the circle close now?

Alfred Gislason: Yes, this success was something like the starting signal for my international coaching career. Some weeks later, we became German champions, in the following year we became the first German team to win the EHF Champions League. Therefore, it would be the icing on the cake if my career in club handball would also end by winning EHF Cup. 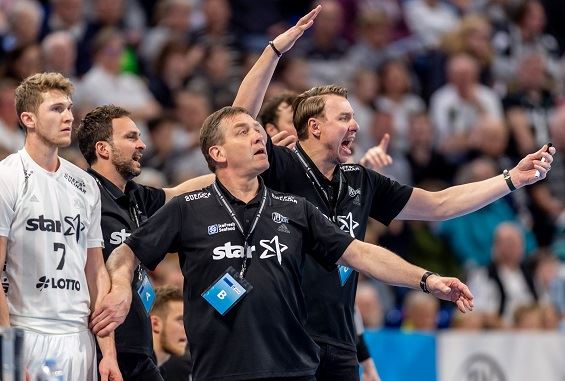 europeancup.eurohandball.com: Kiel have not lost any of 21 EHF Cup home games since 1997, including three finals. Is that a good omen for the tournament?

Alfred Gislason: THW Kiel officially have no home game. As the organiser of the tournament you are obliged to neutrality. Of course, it can be an advantage to play in our environment. But that did not help the hosts last year. Our goal is to win both games. To do that, we first have to do well to focus on the difficult semi-final against Holstebro - and that’s not about history, it’s about sport.

europeancup.eurohandball.com: Are Holstebro your preferred opponents for the semi-final?

Alfred Gislason: I wanted to play a semi against Porto or Holstebro. We have already faced Berlin three times this year, an all-German semi-final would not have been so interesting for the spectators.

europeancup.eurohandball.com: How important is the home advantage at this tournament?

Alfred Gislason: I am glad that our fans can finally experience a final in Kiel again. They deserve it. Now we have to do everything we can to make it to the final on Saturday.

Previous Article The debutants who know to handle German opponents