“In the end it’s handball – it’s how much you give in this moment, in these 60 minutes”

“In the end it’s handball – it’s how much you give in this moment, in these 60 minutes”

It has been some years since the WOMEN’S EHF FINAL4 welcomed two debutants in the same season – but this year that is the clear difference in each of the semi-final pairings.

Both Women’s EHF Champions League 2018/19 Semi-finals will see a clash between one team that has experienced the season’s final weekend before, and one that has never reached this stage of the competition.

How big of a factor is that prior experience at the high-pressure EHF FINAL4?

“It’s hard to say – I think we are maybe a bit more nervous. Also excited, but maybe the pressure is lower and then we can play well, have the shoulders down and just have fun,” said Vipers' Norwegian international Malin Aune at the media call for all four semi-final teams on Friday in Budapest.

Aune is one of many who are playing their maiden EHF FINAL4, but who also bring plenty of experience at the highest level from the national team.

“I think there is always some pressure and some nerves and some excitement,” she said. “Just focusing on playing well works for me and I think the team also.” 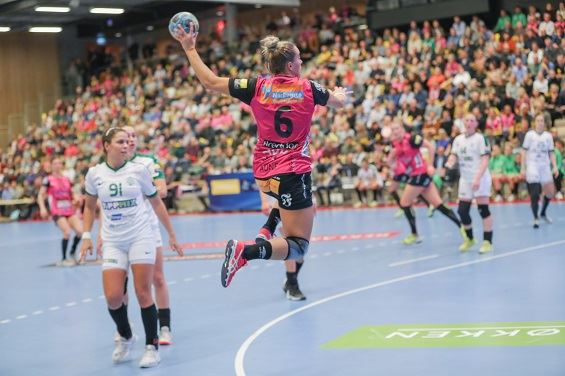 Having joined the team for the start of this season, she has not stepped on the EHF FINAL4 court in her career, but has played many medal-deciding matches in the national team and says that experience helps a little as she prepares for her first Champions League Semi-final.

“Even though I’m new to the EHF FINAL4, I’ve been in this kind of situation before, so it helps a little,” said Kristiansen, before commenting on the rest of her teammates and their approach to the weekend in Budapest. “They are actually really relaxed, because they have been here before and they know what to do and what it’s going to be like. For me, I’m really excited.”

Aune highlights the prior EHF FINAL4 experience of Linn Jorum Sulland and Katrine Lunde as key for Vipers’ preparation for the event this weekend.

“We can ask them and they can also give us information that we don’t think about, then we can get more prepared. It just brings some calm to the team and it’s great to have them,” said Aune, adding that such advice is as simple as dealing with the higher temperature in Hungary, the volume of noise in the arena that means communication on court is limited, and the increased media interest.

“It’s something different. You can feel it in the air”

Metz Handball are also making their debut at the EHF FINAL4, but like Vipers, count many players with extensive national team experience among the squad – including eight EHF EURO 2018 champions with France. The French side’s goalkeeper Ivana Kapitanovic believes this experience gained outside the EHF FINAL4 is key.

“For us it’s special but we have experienced players who played a lot of finals, a lot of semi-finals – but never played an EHF FINAL4. Of course, it’s something different. You can feel it in the air. Wherever you walk, when you see everyone, you feel it’s different,” says the Croatian who joined Metz this season. “We can put some fresh energy but in the end it’s handball – it’s how much you give in this moment, in these 60 minutes. In the end that’s what makes you a winner or a loser, and I hope in this category we will be winners.” 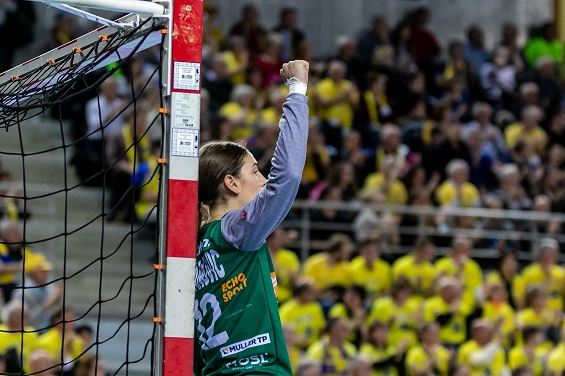 Kapitanovic says that Metz and their semi-final opponents Rostov have similar strengths – great team cohesion helped by national team experience and years on court together for their club.

“I think their right back Anna [Vyakhireva], she is the motor of the team. She plays for everyone and she has a very good connection with the players because with a lot of them, she plays also in the Russian national team. I think they know each other in the dark,” says the 24-year-old keeper. “That’s very important for the team. That gives the team their power and self-confidence – but I think Metz have the same. It’s not a lot of strangers; it’s a team which has been together for long, long, long, long years. It will be tough, but it will be very interesting.”

Rostov back Anna Sen agrees with Kapitanovic that the Russian club’s experience at the EHF FINAL4 will not be a key factor in determining the winner of their semi-final.

“Last season we came here also and I think if we had a little bit of luck in the first game maybe we would have gone to the final,” said Sen, one of Rostov’s seven 2016 Olympic champions with Russia.

Sen does not even look back on the previous clashes with Metz only a matter of months ago in the regular season. “We lost two games in February; now it’s May. It’s two and a half months and we had a really good preparation. I think tomorrow we have of course a hard match, but we are ready to fight.” 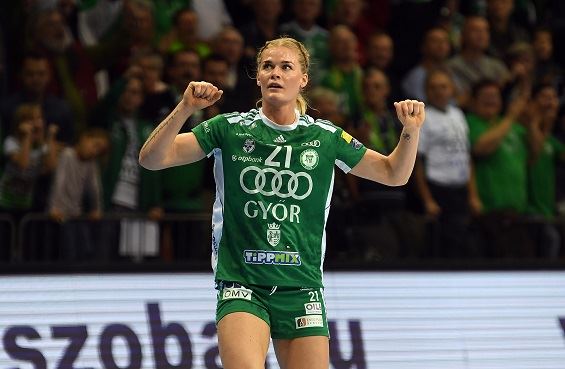 Sen’s fellow Olympic champion Vladlena Bobrovnikova finds that experience helps a little but that each game is a new one, and that the approach and feelings are always the same.

“Experience helps you, but you have this feeling before a game – of course you are a little bit nervous, but when you go in and you see these fans and the hall. I like this. I like this pressure,” said Bobrovnikova. “I think Metz are such a good team. For this team it’s the first time they come here, but it’s two days. It doesn’t matter, for example, that we played and lost against Metz. It’s two days and you need to give 100 and more per cent to win. It’s a little bit different. You come and you need to fight, fight, fight. And we will see who will win.”

It is clear that all are in agreement – certainly prior experience in high-pressure situations helps in preparation and the moments before stepping on court. But once the starting whistle sounds all history and experience is forgotten and there are only blank pages waiting for the new stories to be told.

THE IMPRESSIVE TOP 5: With the DELO WOMEN’S EHF Champions League on pause, we take a look back at the best of the main round – this time bet…