The VELUX EHF Champions League Last 16 throws off in Kiel on Wednesday.

Knockout matches between THW and Szeged have meanwhile a tradition. While the Hungarian side of Spanish-born coach Juan Carlos Pastor hope for a surprising away win like earlier this season against Löwen, the German hosts aim for a good result ahead of the second leg.

Kiel have met Szeged twice before in a knockout stage, in the quarter-finals of the 2014/15 season and in the Last 16 the following year. Both times, the first leg was played in Hungary and won by Szeged before Kiel advanced thanks to a bigger win in the second leg at home.

This time, however, Szeged have the home right in the second leg and Kiel know that they will likely need a comfortable cushion ahead of the away game. Although in last season’s Last 16, Kiel recovered from a home defeat against Löwen to book their quarter-final ticket. 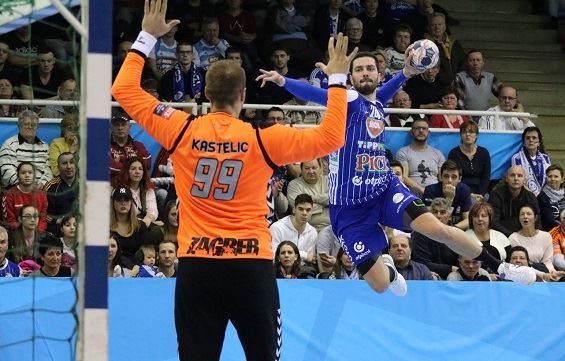 Both teams played an opponent from the other team’s country in the group phase: Szeged (ranked fifth in Group B) won at Rhein-Neckar Löwen but lost the home match; Kiel (fourth in Group A) lost away against Veszprém but beat the Hungarian champions at home.

While Szeged won three times in away games during the group phase, Kiel won only three of their seven home games, and the team are also struggling in the German domestic league.

After 25 of 34 matches in the Bundesliga, the team of coach Alfred Gislason are only ranked sixth, nine points behind leaders Rhein-Neckar Löwen, which even have a match outstanding, and seven points behind runners-up Flensburg-Handewitt.

The second leg between Szeged and Kiel will be played in Hungary on Sunday 1 April. The overall winner will face defending champions Vardar Skopje in the quarter-finals. As winners of Group A, Vardar are skipping the Last 16.