On the opening day of matches from phase 1 of the Women's EHF EURO 2022 qualifiers, Kosovo earned a 30:21 win in group A against Cyprus. As hosts of the round-robin tournament in Prishtina, there may have been some added pressure for Kosovo – but the team showed no signs of it as they cruised to victory.

Portugal recorded a resounding 38:14 victory against Luxembourg. Portugal, whose only appearance at the final tournament of a Women’s EHF EURO came in 2008, conceded just four goals in the second half of their impressive win. 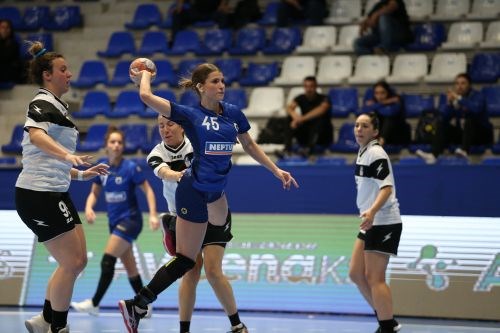 FEATURE: Latvia and Bosnia and Herzegovina return to qualification phase 1 of the Women’s EHF EURO 2022, while Cyprus make their debut

Race to the EHF EURO 2022 begins on Thursday

PREVIEW: 11 teams are set to contest phase 1 of the Women’s EHF EURO 2022 qualifiers from Thursday to Sunday