Martin: "We need some magic in Budapest"

Martin: "We need some magic in Budapest"

Ambros Martin is a coach with a lot of positive experience in the Women's EHF Champions League. During his six seasons at Györ, the Hungarian powerhouse won the title four times - in 2013, 2014, 2017 and 2018.

However, the 51-year-old Spaniard is now fully focused on Rostov-Don, where he has been working since last summer.

Unlike their coach, the Russian club has never won the competition, but this year’s appearance at the DELO WOMEN'S EHF FINAL4 is their second in a row.

"I sleep well, as we have done a good job and deserve to be there. Yet now it is a very important time as we have to prepare as well as possible for the matches in Budapest. Once we are there, we will try to win every game,” says Martin.

Hoping for revenge against Metz

Rostov's tactician knows what it takes to win the Women's EHF Champions League, and he gladly shares his experience.

"It doesn't matter how strong you have been during the season. It does not matter if you are favourites or not. Metz beat us two times in the main round, and Gyor defeated Vipers twice, but it does not play any role now.

“It is all about playing well on a certain weekend. We need something special in Budapest, something extra, a kind of magic, and we have to find it at the right moment. Everything has to go right for us."

Rostov have won 11 of their 14 games in the current tournament, yet lost to Metz twice, and now they take on the French champions again in the semi-final. Martin hopes that his team will take revenge this time.

"Eight of Metz's players won the EHF EURO with France, which helped them to feel very confident during the main round. We could not do much in either game, but hopefully, we have learned our lesson and will find a way to win. It's not easy, but we also know how good we are." 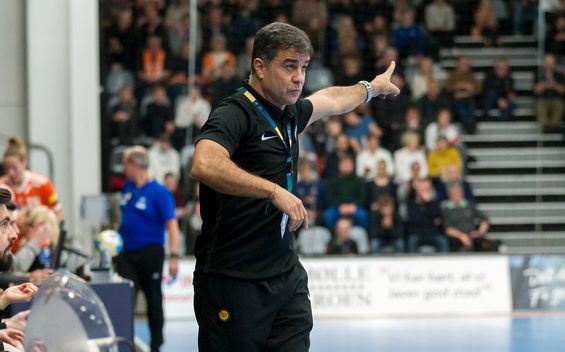 During the season, and in the previous matches against Metz, a number of Rostov's players suffered from health problems, and the current situation is not perfect either.

"Line player Mayya Petrova is injured and right wing Marina Sudakova is sick. Our playmaker Ana Paula Rodrigues has missed almost an entire season through an injury, and although she has recovered, I am not sure she will play in Budapest, she is not yet at the level required for this kind of competition," Martin says.

Rostov's leader Anna Vyakhireva is also not in her best shape following an elbow injury, yet the coach lays big hopes on her.

"She was out for two and a half months, so she's not at her top level, but it is great news that Anna is fit and ready to play. She is important not just because of her goals, but also how she plays for the team as she draws a lot of opponents’ attention."

Overall, Martin is pleased with his debut season at Rostov, even if the adjustment is never easy. "I was given a warm welcome by the club, players and fans, so I quickly felt at home. Like with any love, after a fantastic first few weeks, you get to know each other better, and it is a very important period. You have to work hard to create a long-term and successful relationship. And it is not the victories, but defeats which help you discover the weak points and work on them."

Next Article Althaus: “Every match is like coming home”

SUMMARY: Five matches in round 3, including the season's first Match of the Week, provided a lot of excitement and drama