Nantes back in the big time

HBC Nantes and the EHF Champions League is one hell of a love story. One that saw the French side reach the final of the competition in their second participation, only to be left behind last season, taking part in the EHF Cup instead.

Now, ‘Le H’ are back and full of ambition.

One question before the season: How do you replace Nicolas Tournat?

Nicolas Tournat was one of the most important players for Nantes. The line player, who played his entire professional career until now for the club, left for Kielce and with it a big gap in Nantes’ squad.

Defensively, Alberto Entrerrios will be able to count on Mathieu Bataille, one of the best at this task in the French league, but offensively, the coach will have to reinvent his team’s game as Tournat has the ability to break a defence apart for his teammates or himself to score.

How Nantes will play this season offensively will probably be very different to how they played in the last seasons. Then again, if the team was able to cope with Nicolas Claire’s transfer last season, it will probably be able to rise again without their iconic line player.

Under the spotlight : Aymeric Minne

The young French line player will, finally, play his first season in Europe’s top flight, which he says is one of the main goals in his career.

At 23, playing among the best in Europe was the main reason for his transfer to the Atlantic coast last summer and now he will be able to compare himself to the greatest around.

With the likes of Rasmus Lauge Schmidt, Sander Sagosen and Luka Cindric in front him this season, Minne will have to raise his level and consistently produce the kind of performances he has previously shown he is capable of.

Facing three teams that already qualified for the EHF FINAL4 2020, Nantes know that no-one expects them to finish first ahead of Barcelona, Kiel and Veseprém.

“To me, these three teams seem above us,” states coach Alberto Entrerrios. “But I believe that we will be able to do good things and to rank well in this group.”

When they reached the final in 2018, Nantes were able to upset Barcelona, Szeged and Flensburg, other high-profiles teams. And the club has not forgotten how they managed to, as many players, including captain Rock Feliho, are still part of the team.

Although they show humility all around, do not believe Nantes are merely happy to take part.

In the space of a couple of seasons, HBC Nantes supporters have settled themselves among the most imaginative in Europe.

Ultr’H, as they are called, usually make big tifos for big occasions, and that will continue this season, so watch out when the players enter the Beaulieu arena. 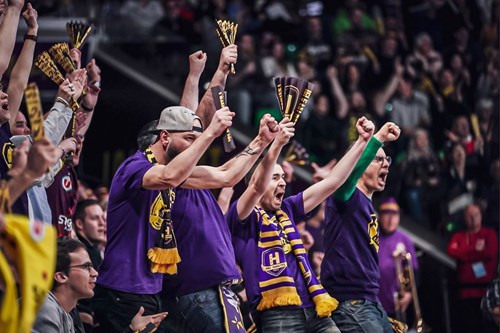 FEATURE: What stood out in 2020/21? Our journalists give their opinions and agree on only one thing — Dika Mem was the biggest star

OFFICIAL STATEMENT: The German club was sanctioned for failing to travel to Nancy for two DELO EHF Champions League play-off matches against…