There were familiar faces and new winners on top of the podium as the sunset on the ebt Finals 2021 on Sunday evening.

In the women’s event AM Team Almeria made it a hat-trick of ebt Finals titles while in the men’s tournament HEI Beach Handball became the first team from Denmark to win gold. 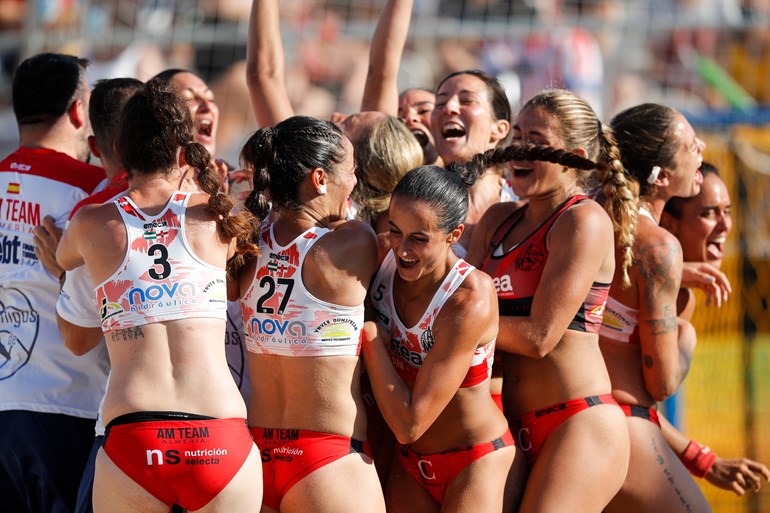 After their victories in 2018 and 2019, Almeria went into the women’s competition as favourites for the title once more. And in the final against Westsite Amsterdam the Spanish side showed their class by winning in straight sets 21:11, 14:12. For the Dutch side it was a fourth successive medal after finishing in second and third twice in the past three ebt Finals.

In the bronze medal match, Team Blue Bee of Denmark took third place on the podium, coming from behind to beat Sport Club Senec of Slovakia in a shootout.

A new name on the trophy

The men’s final had the makings of a classic as HEI Beach Handball of Denmark took on seven-time ebt Finals champions BHC Zagreb. The two sides had met before in the main round – a match that the Danish side won via a shootout.

However, in what was a rather one-sided final and, thanks to a series of incredible saves from goalkeeper Martin Christensen, HEI were able to secure the gold medal winning 21:18, 23:22. Zagreb took the consolation of another silver medal to add to their seven previous golds. They will be back again. 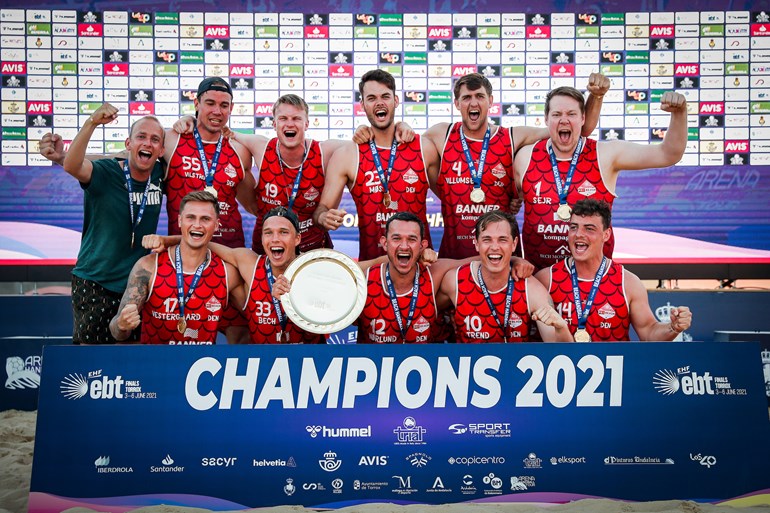 To re-live the action again, check out the EHF Home of Handball Twitch channel, which broadcast all main court matches over the four days, including a special show for the medal matches on Sunday.

Next Article Briet: “This journey is full of emotions”