Just a few months after they reached the EHF Champions League quarter-final for the first time in the club’s history, HC Meshkov Brest find themselves in need of a good result.

The Belarusian side has started the 2021/22 season with two defeats – against THW Kiel and HC Vardar 1961 – and hopes to turn the tide when Pick Szeged pay a visit to Brest on Thursday (live on EHFTV at 18:45 CEST).

For Brest coach Dani Gordo, who replaced fellow Spaniard Raul Alonso in the summer, the match against Szeged has a special flair: the coach of the Hungarian side is Juan Carlos Pastor – his colleague, teacher, and friend.

“For me, it is not so important to defeat Pastor as to take the first points in this Champions League season,” Gordo said.

“But, of course, Juan Carlos is one of the best coaches in the world. He changed the philosophy of handball and created a new style of playing. Many coaches have learned from him, including me.”

While Gordo is 13 years younger than Pastor, both coaches are from the same Spanish city of Valladolid, which brought up a number of well-known handball tacticians, including Raul Gonzalez and Manolo Cadenas.

Pastor had coached the local side BM Valladolid for as many as 18 years, between 1995 and 2013, before joining Szeged. And when former goalkeeper Gordo became a coach at the age of just 22 and started to work with youth teams, he looked up to his older colleague and tried to learn from him.

Over the years, the two Spaniards became friends. And the and still regularly keep in touch.

“We often talk on the phone. On vacations, we regularly spend time together. We drink coffee and talk a lot about handball,” Gordo said.

“I am glad that there is another opportunity to meet him on the court. We will try to do our best.” 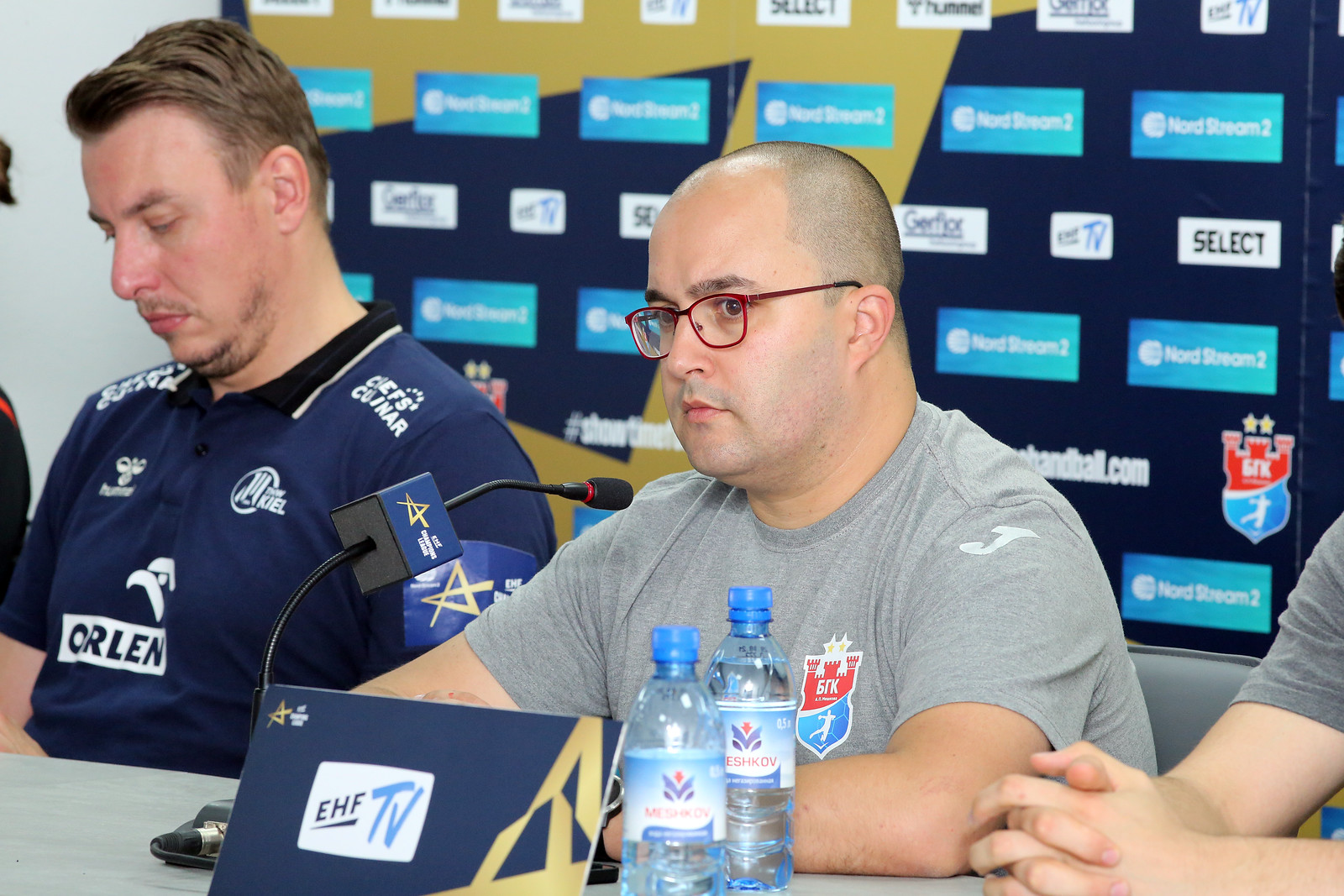 Juan Carlos is one of the best coaches in the world. He changed the philosophy of handball and created a new style of playing. Many coaches have learned from him, including me.
Dani Gordo
HC Meshkov Brest head coach

Unlike Pastor, who has been working at Szeged since 2013, Gordo has changed teams a number of times in recent years. He coached Ademar Leon and Viveros Herol Balonmano Nava in Spain, led Kyndil Torshavn to the Faroese domestic title, and worked with the Brazilian national team.

Belarus, however, is new territory to the 40-year-old Spaniard.

Last season, Brest and Szeged also shared a group in the continental top flight and exchanged home victories: 26:24 in Belarus and 30:27 in Hungary.

“I hope the fans will help us. One of the reasons why we didn’t play well in Skopje was Vardar’s fans. I expect that our team will get the same support on Thursday, and we will try to thank the spectators with a good game,” Gordo said.

Also for right back Stanislav Kasparek, the match against Szeged is a special one. The 25-year-old Czech player joined Brest in summer after three years at the Hungarian club, so now he is going to face his former teammates.

“I have a lot of friends there, and it is hard to take them as opponents, so my feelings are a little bit strange,” Kasparek said.

“I have already talked to some Szeged players and asked how they are doing. Looking forward to meeting them again.”

Kasparek was offered to extend his contract at Szeged but ultimately preferred to move to Brest. He has settled well in his new environment, and obviously knows a lot about the team’s upcoming opponents.

“Szeged’s players have a good cooperation with the pivot. They have a strong back court, and the wings are also good,” he said.

“But we are going to fight. I hope the stands will be full again, and it will be a great match.”

Previous Article Lenne: “Kiel may be the perfect opponent for us right now”

LIVE BLOG: Running coverage of Machineseeker EHF Champions League 2022/23 round 4. GOG vs Veszprém next up