It has been eight years since Storhamar Handball Elite – from the Norwegian town of Hamar – were last in a European Cup competition.

Back then, in the 2009-10 season, the club reached the quarter-final of the Women's Cup Winners' Cup.

This happened a year after the team were eliminated from the Women's EHF Cup in Round 3.

This season, Storhamar are back in European handball, having qualified for the group phase of the Women's EHF Cup for the first time in their history.

With this achievement, the club has already reached one of its main objectives for this season. Another goal is improving upon last season's third place in the domestic league.

A scene for development

“We are a team on the way up and forth, and I'm absolutely sure that matches at this level will make us even better. In addition, we are proud to put Hamar and Storhamar on the European map of handball. I would also assume that interest in the team will continue to grow through participation in this tournament,” said head coach Arne Senstad about the importance of being in the EHF Cup.

Senstad expects tough competition in the group phase, but he also views these matches as a great way to mature and develop his players.

“To us, it's a lot about getting the opportunity to play matches at this level, against good international teams. We know it will be tough, but it is through such matches we will develop,” said Senstad.

On the negative side, he must make do without left back Anna Sofie Sandberg, line player Kristin Høybakken and right back Tina Engan due to long-term injuries.

When asked which teams he sees as favourites to win the Women´s EHF Cup, the coach looks to Hungary for the answer.

“I'm pretty sure Siofók KC, coached by my friend, Tor Odvar Moen, will be one of the teams in the final. Then it's up to the rest of us to fight to be their opponents,” expects Arne Senstad. 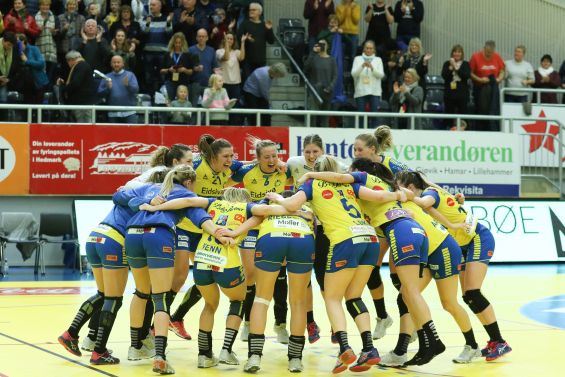 Read about the other Group A clubs featured in the Women's EHF Cup countdown series here:

Next Article Nykøbing back where their European adventure started

COUNTDOWN #16: Storhamar Handball Elite (NOR): The Norwegian side want to make a positive impression in the EHF European League group phase