After 36 matches, the main round of the Women’s EHF Champions League came to an end on Sunday night. Now, only eight quarter-final games separate the remaining teams from the DELO WOMEN’S EHF FINAL4 in Budapest on 11/12 May.

Defending champions Györi Audi ETO KC are the only unbeaten team, with 10 victories and two draws (against FTC-Rail Cargo Hungaria) on their account. Eight teams from seven different countries progressed to the quarter-finals, including two debutants from Scandinavia.

Here are the most important facts and figures at this stage of the Women’s EHF Champions League.

0 quarter-final pairings are composed of teams from the same country.

0 teams which entered the competition in the qualification stage have made it to the quarter-finals.

0 teams ended with zero main round points. The lowest total was Thüringer HC’s two points from one main round win.

1 team has defended its title at the Women’s EHF FINAL4 in Budapest, after five editions: Györ, who won in 2017 and again in 2018.

1 club has been part of all previous five editions of the WOMEN’S EHF FINAL4: Vardar. Györ and Buducnost made it to four tournaments each, and both are still in the competition, while Vardar are not. Despite being the record participants, Vardar never took the trophy.

1 nation is represented twice among the quarter-finalists – and just like in the previous season, it is Hungary (Györ and FTC).

2 quarter-final pairings were also played in the 2017/18 season: Metz vs CSM Bucuresti and FTC vs Rostov. One year ago, it was Rostov and Bucharest that qualified for the WOMEN’S EHF FINAL4.

2 teams are debutants in the quarter-finals: Odense HC and Vipers Kristiansand.

3 of 36 main round matches (and six of those 24 games from the group phase, which were carried to the next stage) ended with draws, for an overall of nine.

5 victories in a row in their first five main round matches was the best run this season, recorded by Metz. 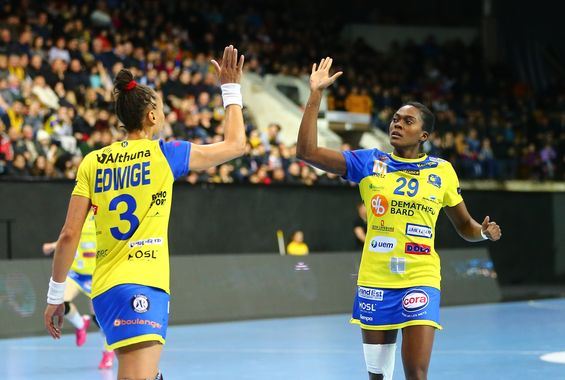 6 of 36 main round matches (plus the respective 24 group matches) ended with a difference of 10 or more goals. Last season, there were 10 matches with such results.

6 of eight quarter-finalists from the previous season are back: Györ, Rostov, CSM (all WOMEN’S EHF FINAL4 participants in 2018), Buducnost, Metz and FTC. Odense and Vipers replace Vardar and FC Midtjylland.

7 – which means all – Champions League winners since 2012 (Györ – four titles, Buducnost – two, and Bucuresti) are part of the quarter-finals.

4 main round matches were attended by 5,000 fans or more.

10 from 12 points in their six main round matches was the best outcome of the 12 teams, achieved by group winners Metz (five victories, one defeat) and Györ (four victories, two draws).

13 goals was the biggest final score line in the 36 main round matches, when Metz won the all-French duel against Brest 39:26. Including the 24 group matches carried into the next stage, the biggest gap was (twice) 16 goals. Both records were from Györ – 39:23 against Krim and 38:22 against Thüringer HC.

15 times, including the 2018/19 season, Buducnost are or were part of the Champions League Quarter-finals. Györ follow in that ranking, with 13 participations, ahead of FTC on 10.

16 main round matches, including the games brought forward from the group matches, ended with 60 or more goals.

18  victories for the away team this season, compared to 17 by this stage last season.

18 main round matches were attended by 3,000 or more spectators.

18 from 20 possible points were taken by Györ in the six main round matches plus four group matches which carried over, ahead of Metz and Rostov  on 15 points each. 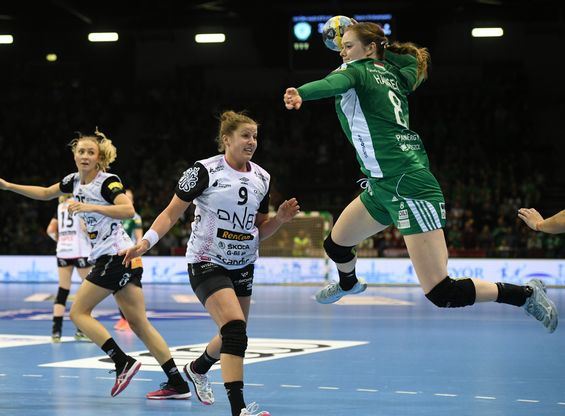 76 goals were scored by current top scorer Ana Gros (Brest), who is five ahead of Iveta Luzumova (Thüringer HC) and nine ahead of Jovanka Radicevic (Bucharest).

200 matches in the Women’s EHF Champions League is the milestone reached by Györ in their last main round match, in the all-time appearance ranking, the defending champions sit fourth below Buducnost (245), Krim (239) and Larvik (202).

241 goals conceded by Rostov was the best defensive record in the main round, one goal ahead of Györ (242) and six ahead of Buducnost (248).

5,475 spectators at Györ vs FTC was the highest main round attendance.

Previous Article Five conclusions after the main round

Next Article Snatching record after record is not enough for PSG

“Finally some handball” - Players react to the group phase d…

Feast your eyes on the new EHF Champions League trophies

DRAW REVIEW: All 16 teams learned their opponents in the group phase of the revamped European top-flight.

NEWS: Many TV stations in Europe will be showing the draw for the opening phase of the new EHF Champions League season as the competition en…

DRAW REVIEW: Both groups have been determined in the revamped European top-flight.

DRAW PREVIEW: 16 of Europe’s top women’s clubs will discover their group phase opponents on Wednesday evening in Vienna with a new format fe…