Mainly through an impressive start to the second half, Gorenje Velenje took their second win in succession against Ademar Leon.

After an equal first half, Velenje took control in the first 14 minutes after the break with a 10:1 run that decided the match.

It took Velenje 14 minutes to decide the match.

From being one goal down at half-time, they “won” the first 14 minutes of the second half by no less than 10:1, turning the half-time deficit into an eight-goal lead at 23:15. 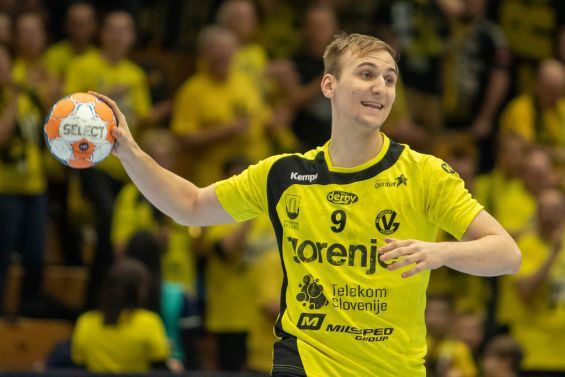 In the first half, nothing indicated a clear win for the home team, though.

After Leon were leading by a goal or two for the first quarter of hour, Velenje gained a bit of momentum around the middle of the half.

The home team had their troubles with Leon´s right wing Mario Lopez.

With five goals from as many attempts, he played a big role, as the visitors took back the lead before the break.

From the start of the second half, then, came the complete turn of the game, and from going eight goals up during the first 14 minutes, Velenje never looked back.

Tin Lucin of Ademar Leon said afterwards, “We played well in the first half, the attack was good, but we could not prevent Gorenje's playful game on the line player.

"The second half, they squeezed in defence, we made mistakes in the attack and so the locals moved away to a safe difference that we could no longer catch. A well-deserved victory and congratulations to Gorenje."

Zoran Jovicic, coach of Gorenje Velenje believed correcting the defence after the break was key, “In the first half, we allowed Ademar Leon to develop the game forward on offense and score easy goals. We corrected this in the second half, and Taletovic was good in the goal, so we were able to play more easily in attack and make a good difference."

Previous Article Plock have reason to celebrate despite defeat

GROUP C REVIEW: The Slovenian runners-up took their first group phase points at Ademar Leon thanks to their extreme improvement in the secon…

GROUP C REVIEW: The three-time EHF Cup winners from Germany came from behind against Ademar Leon to keep their clean record with a 31:27 win…