A free webinar series set-up by Handball England featuring a host of top handball coaches has attracted over 600 signs-up from across the world in the space of just three weeks.

Handball England’s far-reaching Continuing Professional Development webinars on Zoom have proven to be a huge hit with viewers tuning in from not just Europe but in the US, Jamaica, Venezuela, India, Japan and Jordan.

Among those who have agreed to make an appearance on the series is Paulo Pereira, who guided Portugal to a sixth-place finish at Men’s EHF EURO 2020.

The next episode, which goes live on Wednesday at 15:00 CEST, focuses on goalkeeping, with THW Kiel and German national team goalkeeper coach Matthias Andersson joined by Nikola Marinovic of Grasshopper Club Zurich. 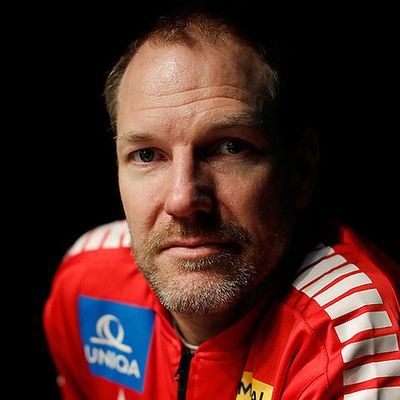 All previous five webinars can be viewed online, and with nine more to come, there promises to be content for everyone.

The idea was the brainchild of Bobby White and Ricardo Vasconcelos at Handball England.

White, National Performance Manager, told eurohandball.com: “With the Covid-19 issue we had to respond quickly to offer support to the handball community here in England.

“The idea for the webinars came from Ricardo, who is the Great Britain Men’s coach, and who is also involved in the development team at England Handball.

“Ricardo and I got to work on the project and in 48 hours we had identified 15 themes and confirmed guest speakers for each one. We wanted to hit as wide an audience as possible in terms of themes, but we had no idea that it would be so well received across the extended handball community around the world.”

Have you registered for the first @englandhandball online coach CPD session? Get more info, including registration form on the @englandhandball website #handball @ehfeuro @ihf.official @sport_england

A post shared by England Handball Association (@englandhandball) on

White now hopes that the series can help lift the profile of handball in England.

He added: “We’re buzzing to have high profile people want to connect with us.

“I really hope that the series shows people over the world that we’re taking handball seriously here in England.

“We’re on a mission to grow the game here and help where we can to develop it around the world.”

To watch the previous webinars and to find further information on forthcoming episodes – one of which includes an introduction to the EHF’s digital scoresheet with Antonio Ojeda – visit the Handball England website.

It is not just coaches and players that are sitting out the action during the pandemic – referees are also on the sidelines waiting patiently for the return of handball.

With that in mind, some of Spain’s top handball officials featured on a series of webinars focusing on a variety of refereeing and rule-related topics, discussing anything from letting the game flow to personality and body language.

All of the presentations are available to view (in Spanish) online on the YouTube channel of the Handball Federation of Valencia.

Next Article When Norway returned to winning ways in style

NEWS: The first scientifically valid results of the KINEXON project developed by the EHF Methods Commission have been presented

NEWS: The EHF is delighted to support an interactive digital summit that takes place in October

NEWS: A study by EHF Lecturer Murat Bilge examines how a players’ physical condition is affected if they train from home

NEWS: Handball featured across the continent as part of the #BeActive European Week of Sport on 23-30 September 2020

NEWS: The European Handball Federation encourages everyone to take advantage of the many opportunities available to help embrace a healthy a…

NEWS: The EHF has released new teaching material via an online platform for EHF and national federation referees

Time to #BeActive with the European Week of Sport

NEWS: For the sixth year running, the European Handball Federation actively supports the campaign encouraging Europeans to embrace a healthy…

NEWS: Eight elite teams from European handball among the clubs under the spotlight

NEWS: 16 participants pass the fifth year of the program with flying colours