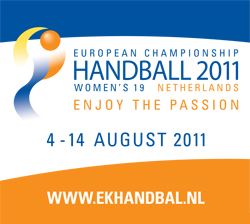 The Netherlands are not only organisers of the Women’s EHF EURO 2012, but also of the final tournament of the Women’s 19 European Championship 2011, that will be carried out from 04 to 14 August 2011. The tournament is for handball players born 1992 and younger.

Sixteen teams participate at the 2011 Women’s 19 European Championship. In the Preliminary Round they are divided into four groups of four teams each. Teams then progress to the Main Round or to the Intermediate Round.

Title defenders are Norway, who beat Hungary in the final of the 2009 event in Hungary.

The draw of the 2011 Women’s 19 European Championship took place in Leek, Netherlands, on 27 April 2011, and gave us the following groups.

Tickets for all matches and all five venues – Amelo, Arnhem, Leek, Maastricht and Rotterdam – are available online. Click HERE to access the online ticketing system.

All matches of the 2011 Women’s 19 European Championship will be broadcast as a live web stream. The matches can be viewed on the official event website.

Please download the final version of the Basic Playing Schedule for the 2011 Women’s 19 European Championship HERE.

Find playing dates and results of the tournament HERE. 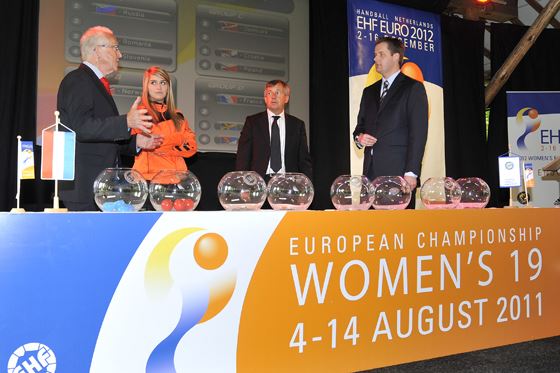 Next Article Top guns fall by the wayside

Dutch preparations in full swing, Germany ready for a party

NEWS UPDATE: The 16 teams are approaching the business end of their preparation period with the EHF EURO 2020 starting in six days

COUNTDOWN #6: Although two top goalkeepers are currently ruled out and no fans will be there, Norway remain among the favourites

A new approach for Hungary

EHF EURO COUNTDOWN #7: Hungary. A coaching duo and an interesting mix of players are Hungary’s assets as they aim for their best result in e…

Norway show their intentions, Vyakhireva out with injury

NEWS UPDATE: Denmark and Norway are set to play each other twice in test matches and Germany expect their coaches back from isolation

Sweden’s road to the future starts in Herning

COUNTDOWN #8: Under the guidance of new coach Axner, Sweden want to improve their international position to become consistent semi-finalists…