Ask Zoë Sprengers how she would describe herself as a handball player, and her first answer is “go-getter.”

Favourite player? Nycke Groot. “I looked up to her. Her mentality and attitude have always been great. She has always lived for her handball and she is my role model in that respect.”

Persistence is definitely a quality of Sprengers, the 19-year-old left wing who helped the Netherlands win silver at the W19 EHF EURO in Hungary three months ago.

Sprengers, who scored 13 times in the Dutch opening game against Germany, became her team’s best scorer and was included in the tournament’s All-star Team.

She was picked by the EHF to join the ‘Respect Your Talent’ project, aimed at encouraging the personal development of talented female handball players.

Supported by famous project ambassadors like Stine Oftedal, Ana Gros, Anja Althaus, Johanna Ahlm and Nerea Pena, ‘Respect Your Talent’ wants to promote the passion for handball, identify young talented players, track their careers and support them in their development on and off court. 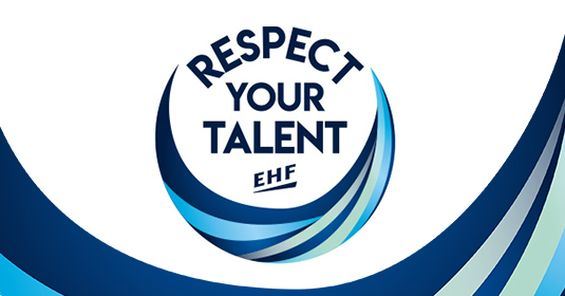 And Sprengers is set to be one of those future faces of top-level women’s handball.

With ‘Oranje,’ she won the W16 Beach Handball EURO title in 2016 and became top scorer of the W17 EHF EURO the following year with 53 goals. 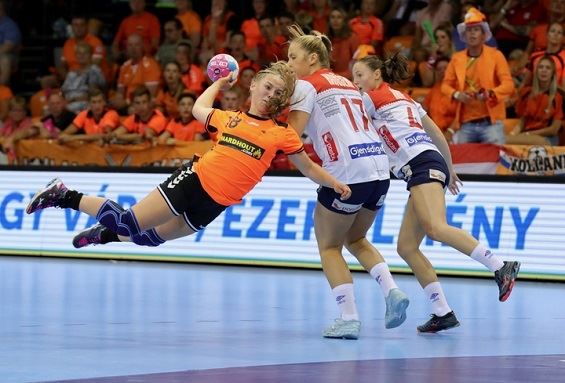 In May, she made her debut in the Dutch national senior team under coach Emmanuel Mayonnade for a friendly against Russia. The coach also included her in the squad for the recent EHF EURO 2020 Qualifiers against Austria and Greece.

“I still get a smile on my face when I think about it,” she says. “It’s really cool to be in one team with these experienced players. They give you a lot of advise during practice as well as in the match. That is great and has made me only hungrier for more.”

“When you are improving, you want to make the next step”

Sprengers started playing handball at the age of six. The local club was just a minute away from home and her brother and a friend were also playing.

“I had no ambition to reach the top back then, just played for fun,” she recalls. “But when you realise that you are improving, you want to make the next step.”

Sprengers was 14 when she became aware of the prospect of a career in handball, moving to leading Dutch club VOC in Amsterdam five years ago.

The club is known for its outstanding youth development scheme and the women’s A team has been a force in Dutch handball for many years. Joining VOC further boosted Sprengers’ development as a player and she soon appeared in the club’s first team.

“When I first arrived at VOC, I had to fill in a questionnaire and one of the questions was what my goal for that year was. I answered ‘playing for the A team and making minutes.’ It’s great when you achieve that and cross it off your to-do list right away,” she says.

“I forgot about school and a lot of other things”

Sprengers also soon joined the Handbal Academie, the Dutch national federation’s centre where the country’s best young and talented players are brought together, and which has been a considerable factor in the international rise of Dutch women’s handball in recent years.

“Joining the Handbal Academie made me realise that others also believed in my qualities,” says Sprengers, who quickly learned the downside from her fast rise as a player.

She lived as an intern in the Papendal-based academy, and while handball obviously was the most important for her, she “forgot about school and a lot of other things.” 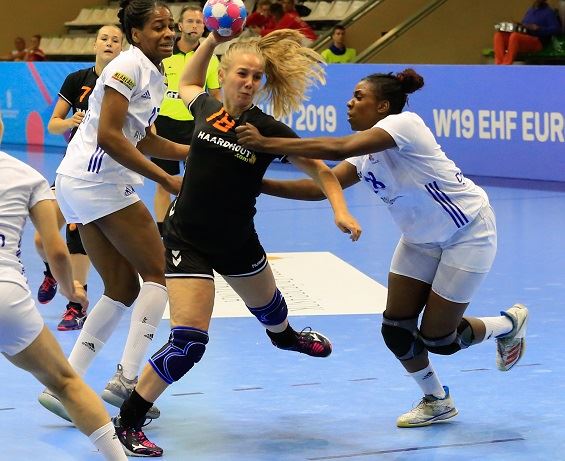 However, the academy’s lifestyle coach as well as her parents urged her to finish school and to get some sort of diploma as a base for her life after handball.

“So I did finish school and now I am getting educated to become a sports instructor,” says Sprengers, who has spread out the propaedeutics over two years to be able to combine her study with her on-court career.

“When I move to a foreign club, I have to find a new education as you cannot do this one abroad,” she adds. “So I need to find a study which suits me and which I can do abroad.”

Last season with VOC in the Dutch league

The quest for a new study might already start next season as Sprengers plans 2019/20 to be her last with VOC, who have won the Dutch league three years in a row.

She will look around and visit various foreign clubs before deciding about what is best for her career future.

“It has to be a good club but also one with nice players and where I can feel well,” she says, adding she would prefer Denmark.

“I am a wing player who wants to be included in the gameplay as much as possible. I think Denmark would be the best league to get that. German handball has more emphasis on strength and physics,” Sprengers says. “But I am not only focusing on Denmark. All doors are still open.”

OBITUARY: The former head coach of the Romanian women’s national team and EHF lecturer passed away last Monday at age 67

“Despite all challenges in 2020, the EHF accomplished its mi…

INTERVIEW: EHF President Michael Wiederer looks back at the past twelve months and ahead to what is looking to be an intense, but also promi…

IN PICTURES: Members of the triumphant Norwegian team pose with the EHF EURO trophy after their victory over France on Sunday

MEDIA RELEASE: The EHF and the Danish Handball Federation thank stakeholders for ensuring the event goes ahead given the challenging times o…

MEDIA RELEASE: Broadcasters from over 50 countries across the world to show the action live as it happens from Denmark