SL Benfica are into the fifth European semi-final of the club's history. The Portuguese side drew with RK Gorenje Velenje 27:27 in the second leg of the EHF European League Men quarter-final on Tuesday, more than enough to qualify for the EHF Finals Men 2022 after their seven-goal home win last week.

Benfica faced an early scare with Velenje taking a quick three-goal lead, but the visitors turned the match around and were already four goals up at the break for a decisive 11-goal overall lead.

Benfica have stamped their names on a #ehffinals ticket! 🎉

Eagles fly to the EHF Finals

The Portuguese side are through to the EHF Finals 2022, eliminating Velenje based on a strong home performance in the first leg. Benfica are now eying their third European final – but first title: the team nicknamed 'Eagles' lost both Challenge Cup finals they played, in 2011 and 2016. 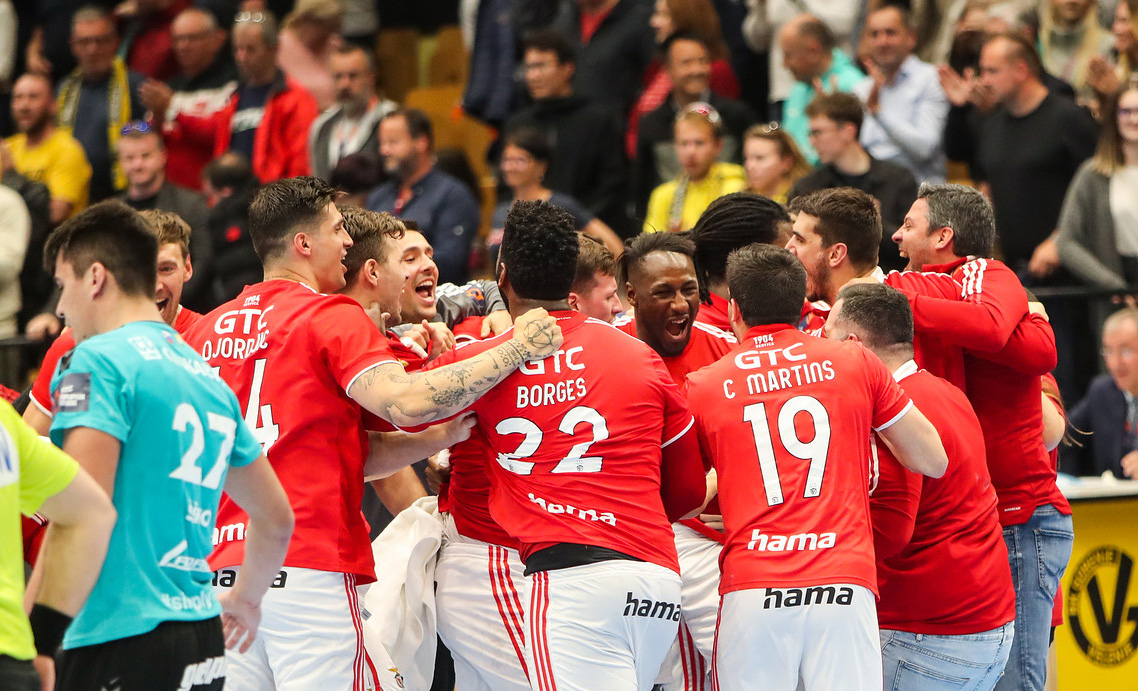 We knew it was going to be a tough game today. From playing with Celje I was aware of how difficult it is to play in this arena. We prepared well for this match, we were motivated and eager to qualify for the EHF Finals. We have managed to get what we wanted.
Tadej Kljun
SL Benfica right back

INTERVIEW: Ystad's evergreen talisman looks forward to taking on a club he has faced often over the

ROUND PREVIEW: The four European League groups will begin to take shape after a series of crucial round 4 encounters across Europe

NEWS: The bidding process to determine the hosts for the EHF Finals Men 2023 has now begun

Berlin and Skanderborg extend their run

SUMMARY: Coverage of the 12 matches in round 3 of the EHF European League Men 2022/23 group phase

Montpellier win group A clash to take the lead

GROUP A REVIEW: After beating Göppingen, Montpellier lead the group, while Veszprem and Presov have yet to take their first points

GROUP B REVIEW: Flensburg beat Valur 37:32 for their third win in a row, while Ystads won their first game in the group phase of an European…

GROUP C REVIEW: Skjern are the only away team with a win, as Granollers and Nexe continued their perfect streak

OFFICIAL STATEMENT: The Court of Handball has released its decision in a case opened against TM Benidorm and Fraikin BM. Granollers

Sporting motivated ahead of Nexe clash

FEATURE: Mamadou Gassama opens up about his love for handball ahead of Sporting CP’s clash with RK Nexe in the EHF European League Men