Costa: “We only think about winning again”

Sporting CP have started their EHF European League 2021/22 campaign with a blast last week – but are still wary ahead of the return leg.

Sporting defeated TTH Holstebro 31:25 in the first leg of qualification round 2, earning them a six-goal buffer ahead of the decisive match in Denmark on Tuesday (live on EHFTV at 18:45 CEST).

Six goals might sound like a huge difference, but they are not, as Sporting coach Ricardo Costa knows.

“We are aware that no advantage was enough,” the Portuguese coach says. “For me, we are in exactly the same situation as before the first leg. But we know what we are capable of.”

Recent history has shown that TTH can deal with a six-goal deficit.

In qualification round 1 against RK Trimo Trebnje, the Danish side lost the first leg in Slovenia by the exact same score: 31:25. However, led by a 13-goal outing of Magnus Bramming, TTH turned the tables in the return leg in Denmark and won by seven: 35:28.

So, Sporting have been warned, but their new coach is full of confidence.

“We only think about winning again and it will be with that mentality that we go to Denmark,” says Costa, who joined from Artística de Avanca this summer and who previously had two stints at domestic league rivals FC Porto, most recently as head coach in 2015-17.

While arriving at Sporting, Costa brought with him his two sons: centre back Martim and right wing Francisco, both still teenagers, who left Porto to join their father at his new club.

Costa’s goal for his first season in charge is clear.

“To enter every game with the ambition to win. We want to compete at the highest level and build a strong team so that in the future we are even closer to conquering the competitions we compete in,” he says. 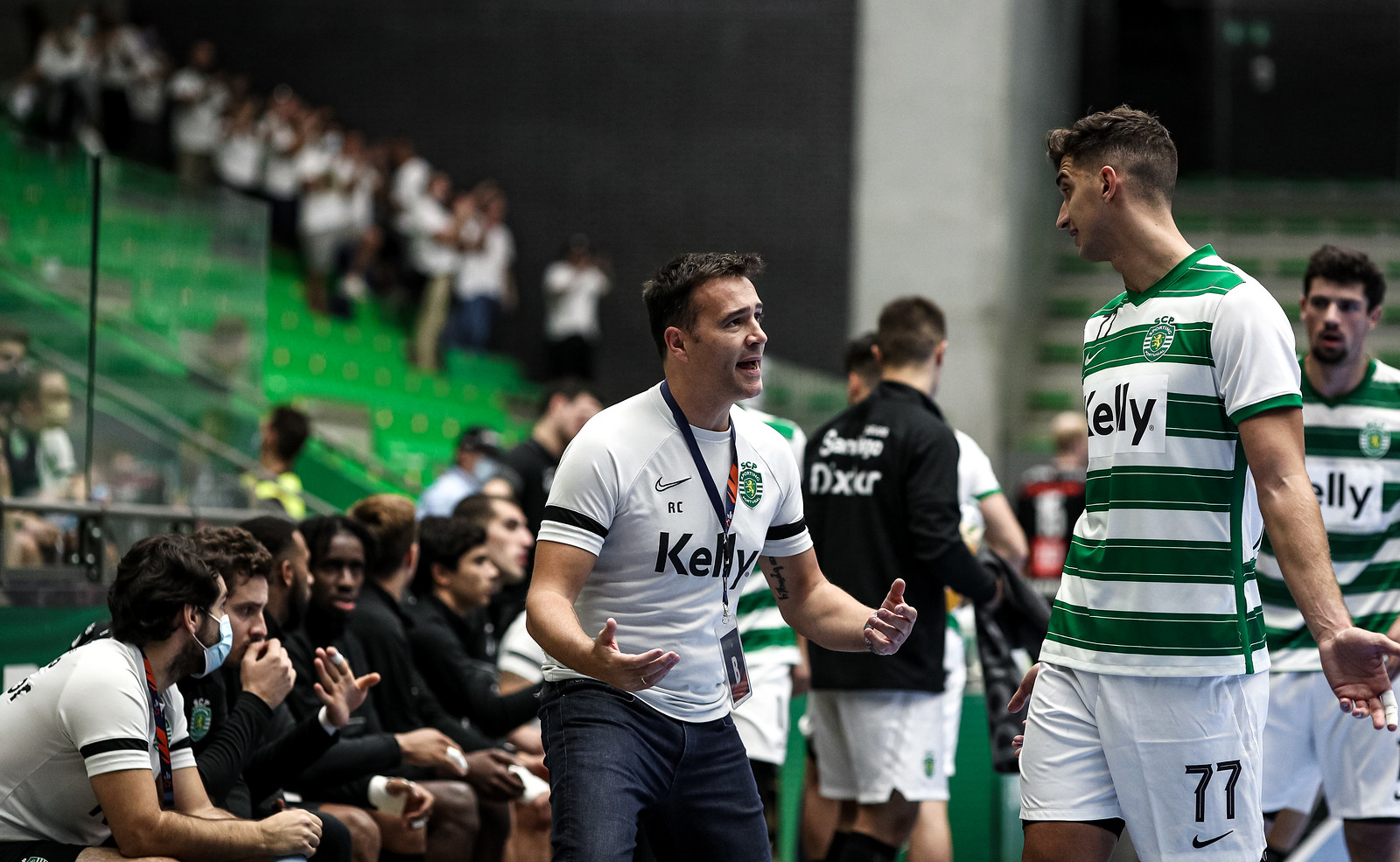 We are aware that no advantage was enough. For me, we are in exactly the same situation as before the first leg. But we know what we are capable of.
Ricardo Costa
Sporting CP head coach

The victory against Holstebro marked a successful international start for Sporting under Costa, but the match was everything but easy.

TTH even led halfway through the first half, mostly because they excelled in seven-against-six situations and defended aggressively.

Still, Sporting gained the initiative, building a lead of up to eight goals several times after the break, before settling for the six-goal win. Carlos Ruesga and Josep Folqués scored five goals each.

The match showed flashes of how Costa wants Sporting to play.

“We want to be strong in one-on-one, both offensively and defensively, and have a quick game. If possible, it will be attractive for those who like to watch Sporting play.”

SUMMARY: Running coverage of all 12 matches in round 2 of the EHF European League Men 2021/22 group phase

Twelve teams trying to double their points in round 2

Aguinagalde puts Irun back on track

GROUP A REVIEW: Milos Vujovic shone against Presov as Füchse Berlin made it two wins from two matches

GROUP C REVIEW: PAUC remained competitive for 30 minutes in Germany, but SC Magdeburg again proved too strong for their opponents on Tuesday…

La Rioja redeem themselves at home

GROUP B REVIEW: After scoring 39 in round 1 in Chekhov, GOG scored 46 against Cocks to earn a second victory

GROUP B REVIEW: Two wins out of two for Portuguese side despite Chekhovskie comeback