Summary: Szeged and Nantes collect second win in a week

Two rescheduled matches in the EHF Champions League Men took place on Valentine's day and here is how they went down.

We'll leave it here for the live blog tonight, short and sweet with two very different wins for the away sides. Plenty more European club action on the way next week, so keep it here on eurohandball and EHFTV for the business end of the group phase. Goodnight!

A straightforward victory like that will add fuel to Nantes' flickering fire. They face a trip to their friends and foes Barça and have nothing to lose as they try to end their perfect run in the group phase.

Zagreb are all but certain to finish bottom of group B but must persevere and try to make the most out of the situation which has granted them a spot in the play-offs regardless. Next up for them is a visit to Aalborg on Thursday.

Check out some of the best action shots from both games, and there are some really nice snaps, below.

The victory and leap up the group table will be a massive boost for Szeged, who have had to endure a stuttering start to the season with COVID-related difficulties.

They will meet Vardar again on Thursday evening in round 12 and hopefully we will be treated to another tight battle.

Timur Dibirov makes up for his missed penalty earlier to win one with three minutes left and it's Ivan Cupic who steps up to take it. He misses, clean wide to the left, and Szeged go down the other end to take a two-goal lead.

The Hungarian side hold on to take a valuable win, which puts them level with PSG and Porto in fourth place, while a brave performance is not enough to lift Vardar off the foot of group A.

This result was never in doubt from very early on with Nantes in control throughout the 60 minutes. 12 Nantes players get on the scoresheet, led by Baptiste Damatrin-Bertrand's six goals, and they celebrate a second consecutive win.

It is going down to the wire in Skopje as Vardar and Szeged cannot be separated. 25:25 with five minutes remaining!

We're into the final quarter of the games and in Skopje, it's all-square at 21:21 and Timur Dibirov has missed a penalty to regain the lead for Vardar.

Zagreb have got their act together, somewhat, and reduced the deficit to nine goals as Nantes seem content to canter to victory.

Szeged have moved to a 5-1 defence in a bid to slow Lovro Jotic down but it hasn't bothered him too much so far as he has scored three goals in the second half alone as Vardar continue to impress - leading 20:18 after 41 minutes.

Cyril Dumoulin has continued his stellar form in the second half as Nantes extend their lead to 23:10...

Here is the brilliant Dissinger goal mentioned earlier, he makes it look oh so easy. More of the same, please, Christian!

A pair of good fast break saves by Roland Mikler was all that kept Timur Dibirov and Vardar at bay in the final minutes of the half as they pushed to extend their lead. In the end, they will have to be satisfied with a two-goal advantage heading into the break.

Vardar's squad depth is always a serious question and it will be asked of them again today as they attempt to turn this bright first half into two points.

Another nightmarish first half for the home side, who are all but certain to continue their losing streak.

Nantes could afford to spread the love as nine players got on the scoresheet, while Cyril Dumoulin dominates between the posts with a 50 per cent save rate. 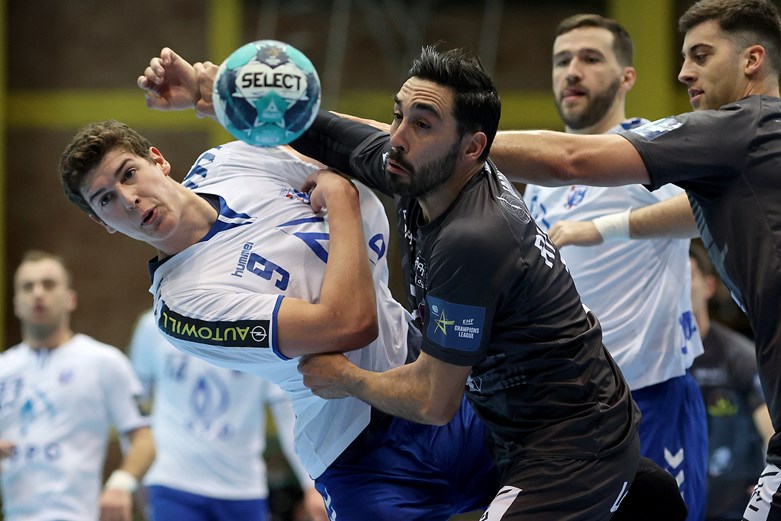 As for the other team at the bottom of their group, Zagreb appear to be playing with no confidence whatsoever. Nantes are having a blast so far and lead 17:8, half-time cannot come soon enough for the Croatian club.

Vardar now appear to have the edge against Szeged as we approach the final five minutes of the first half. They lead 13:12 and are playing with an abundance of confidence, particularly for a side with just one win this season.

Vardar jolt into life with a beautiful behind-the-back in-flight goal from Christian Dissinger and suddenly they're level, 9:9, with 18 minutes played!

Both away teams, Szeged and Nantes, have come out of the traps well and both hold early leads.

They both enjoyed important victories earlier this week, Nantes against Aalborg in MOTW and Szeged over Porto, and look intent on continuing their run of good form.

Interestingly, it's 8th vs 6th in both groups tonight and two matches in which the teams involved will be desperate for points.

Although all four teams know they will be progressing to the play-offs, nobody will be in the mood to finish to far down the table and book themselves a date with one of the competition's heavyweights. With a few weeks left in the group phase, most of these teams can still work their way up the table. 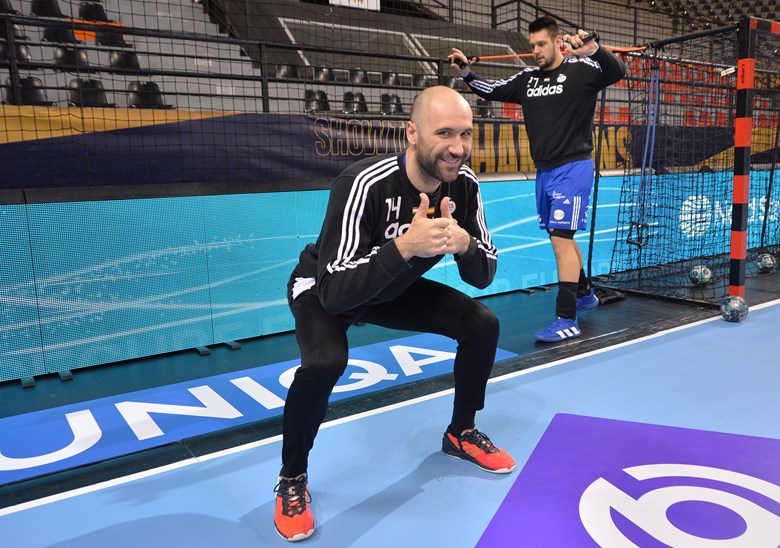 Good evening handball fans and welcome to our bonus live blog, covering the two Sunday evening games in the EHF Champions League. Here are the two games we have to look forward to in a few minutes.

Previous Article EHF and hummel – the perfect match for Valentine’s

Next Article Esbjerg cap off group phase with a win

ROUND PREVIEW: While four unbeaten sides try to extend their records, FTC face a challenge in the Match of the Week against Esbjerg

Veszprém count on a great start and a strong goalkeeper

GROUP B REVIEW: Thanks to their best offensive performance of the season in the Champions League, Paris took the points against Zaporozhye

Flying Mem helps Barça get back to winning ways

GROUP B REVIEW: Thanks to 12 goals from Dika Mem, Barça recovered from their loss against Veszprém to remain on top of group B

GROUP A REVIEW: Mathe and Grøndahl the keys for a major sensation, while Pick lose top spot in the group

Márton: Every particle of me is about handball

FEATURE: It has been a big couple of years for FTC's Gréta Márton, who saw some of her handball dreams come true after overcoming challenges

GROUP A REVIEW: After beating THW Kiel in round 3, Montpellier took the points against another club that had previously won Europe's top pri…