The Men’s 20 EHF EURO 2022 threw off with a huge shock in Portugal, as the Faroe Islands won their first-ever match in the competition, 33:32, against Denmark, creating one of the biggest upsets in the history of the tournament.

Led by back Elias Ellefsen a Skipagotu, who scored nine goals and with a 15-save outing from goalkeeper Pauli Jacobsen, the Faroe Islands are now in a prime position to progress from a group where title holders Slovenia also recorded a heavy loss against Hungary, 31:22.

Germany and Sweden confirmed their powerhouse status in the other groups, as they recorded big wins against Italy and Montenegro, to throw off their campaign in style. 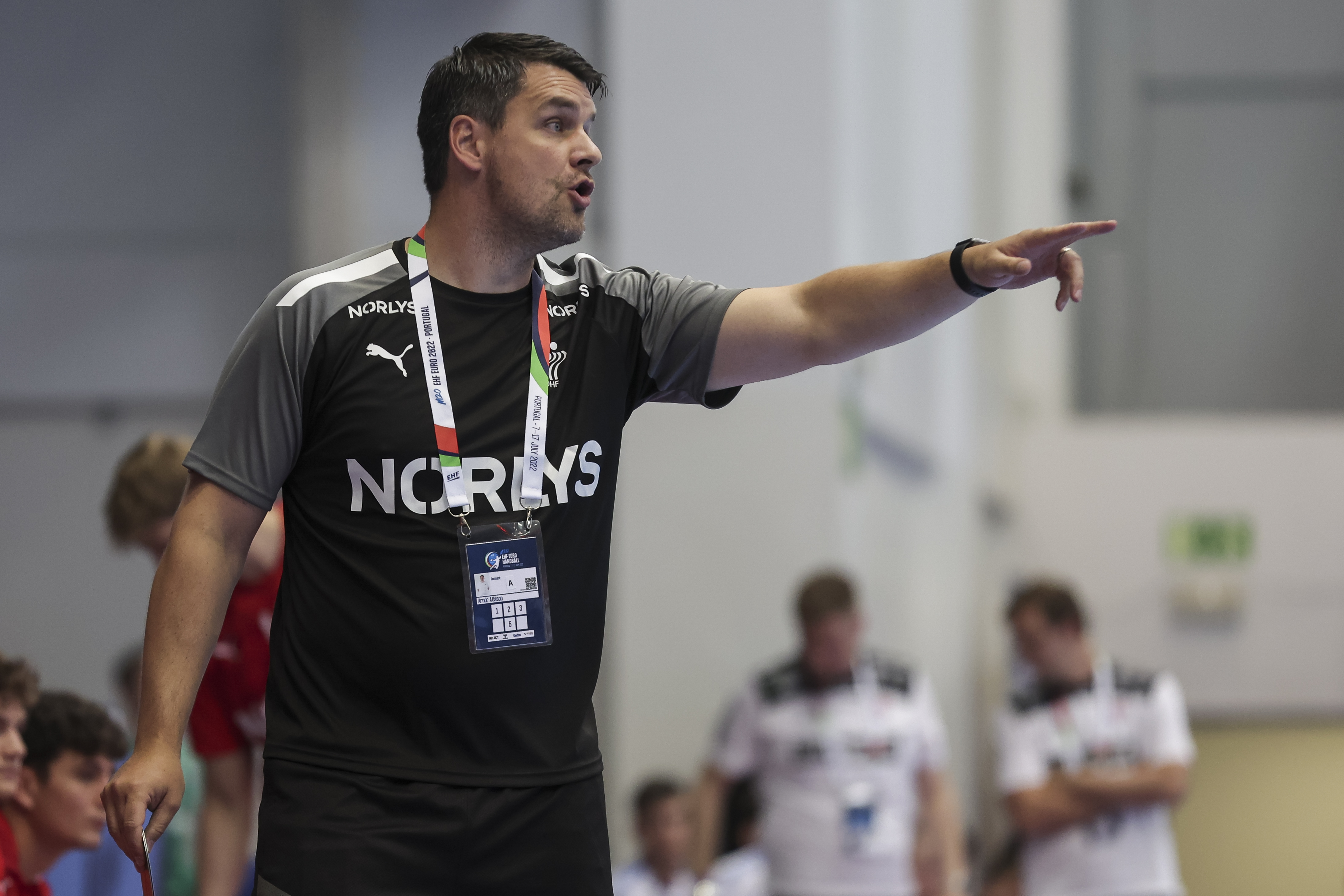 "It was a big disappointment for us. It's clear that it was not the start that we had hoped for. They played better than us, their attacks were hard to stop. We tried some different things but we didn't have any solution. Every player lost too many duels."
Arnor Atlason (ISL)
coach Denmark

"I’m very happy for winning this first game. We will try to improve even more for tomorrow and we have to be on our best to win again against Denmark. We need to be with both feet on the ground, to be prepared the same way as today,” Bence Krakovszki, Player Of the Match from Hungary commented.

"I saw it as a very physical match and we didn't know the opponents very well. But we played our own game and I think we did it quite well," Player of the Match from Sweden - William Elovson commented.

"We played a good game, when Italy played 7 on 6 we took some easy balls and could score in the empty goal. We also had two great goalkeepers in the back. It was a little bit difficult in the attack but we are happy," Player Of the Match from Germany," Tim Freihofer said.

Eight "Respect Your Talent" alumni who can shine in EHF EURO…

FEATURE: The M20 and the M18 EHF EURO tournaments gave us a glimpse into handball’s future, and we are searching for the next best thing thr…

FEATURE: With the EHF European League Men season set to begin on Saturday, we look at four young players who might make an impact

FEATURE: After a busy period of Younger Age Category tournaments, we take a look at some of the players who starred this summer

Talents enjoy summer of inspiration at Respect Your Talent e…

Meet the stars of the YAC summer 2022

NEWS: Overview of the teams that won the medals and the players that made the All-star Teams at 10 YAC events in July and August

TALKING POINTS: The summer full of YAC events ended with the finals of the Men’s 18 EHF EURO and EHF Championships last weekend