Four matches are still ahead, 124 have been played: the DELO EHF Champions League 2020/21 has progressed to the semi-finals.

At the DELO EHF FINAL4 2021 in Budapest this weekend, Györi Audi ETO KC, Brest Bretagne Handball, Vipers Kristiansand and CSKA will battle it out for the trophy.

Here are the facts and figures before the semi-finals:

0 times a nation has been represented by two teams at the women’s EHF FINAL4 (since 2014); Russia missed the chance this year as Rostov lost in the quarter-final.

0 goals was the smallest ‘difference’ in a quarter-final tie, when CSKA and CSM finished on 51:51, with the Russian side advancing based on the away-goal rule (27 vs 19). 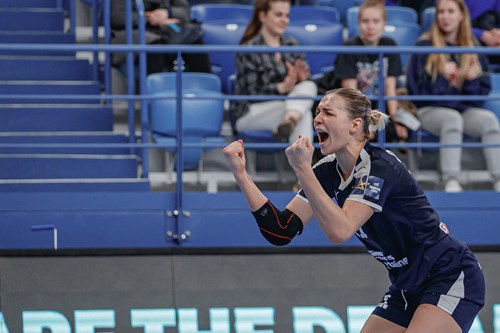 1 team arrives unbeaten at the EHF FINAL4: Györ won 12 times and had four draws in 16 matches this season.

1 coach has participated in the EHF FINAL4 with two different teams: Vipers coach Ole Gustav Gjekstad, who previously took part with Larvik in 2015 and with Vipers in 2019.

1 team won both quarter-final legs: Györ. Vipers and Brest both had a draw in the second leg and CSKA lost in the first leg.

2 teams are EHF FINAL4 debutants: CSKA and Brest. Vipers have qualified for the second time after 2019, Györ appear for the sixth time.

2 players can win their sixth CL title: Anita Görbicz and Eduarda Amorim won five times with Györ, but both leave the club after the season, as Görbicz retires and Amorim joins Rostov.

2 Vipers players can win their fifth CL title: Katrine Lunde and Nora Mørk, both have won at least two times with Györ.

2 quarter-final matches ended in a draw, raising to total number of draws for the season to 14.

2 quarter-final matches ended with a winning margin of 10 or more goals, raising the total for the season to 13.

3 of the 4 EHF FINAL4 participants advanced from group B (Györ, CSKA and Brest), one from group A (Vipers).

5 goals was the deficit CSKA made up in the second quarter-final leg against CSM; no other team that lost the first leg has made it through. 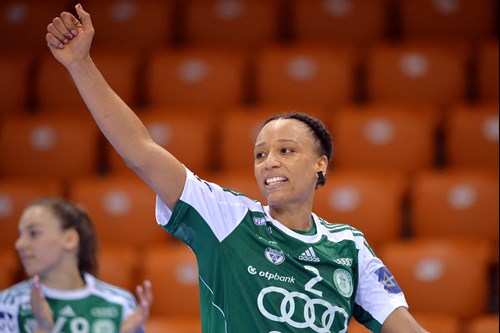 7 times, including in 2021, the Papp László Aréna in Budapest has been the host to the EHF FINAL4.

10 players who won the CL multiple times are part of the EHF FINAL4: six from Györ, four from Vipers.

15 is the highest number of goals scored by a single player in an EHF FINAL4 match, by Isabelle Gulldén for CSM in the 2016 final against Györ. Gulldén is competing again this year, with Brest.

15 years in a row, Györ have reached at least the quarter-final; 13 times, including in 2021, they advanced to the semi-final.

18 is the highest number of goals scored by a single player in the quarter-final, by Grace Zaadi for Rostov against Vipers; followed by Cristina Neagu (CSM) with 15, and Nora Mørk (Vipers) and Ana Gros (Brest) both with 14.

32 points from 18 matches so far this CL season have been gained by Györ; followed by CSKA with 27 points, Brest with 24, and Vipers with 23.

40 is the lowest number of goals scored in total by a team in both quarter-final legs, by Buducnost against Györ.

60 is the highest number of goals scored by a team over both quarter-final legs, by Brest against Metz; followed by Vipers’ 57, Györ’s 54 and CSKA’s 51.

71 is the highest number of goals in a single CL match this season, when Odense beat Vipers 36:35 in the play-offs. 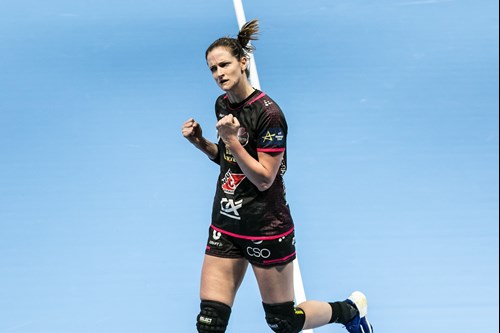 118 goals in 18 matches give Brest’s Ana Gros the lead in the top scorer standings, ahead of CSM’s Cristina Neagu (115) and Buducnost’s Jovanka Radicevic (94). The next best scorers still in the competition are Veronica Kristiansen (83), Estelle Nze Minko (79) and Stine Oftedal (76), all from Györ.

413 goals were scored in the eight quarter-final matches, an average of 51.62.

Previous Article Jacobsen: “Everybody recognises how strong we are”

Next Article Gjekstad: “Not here just to take part”

ROUND PREVIEW: The defending champions face Sävehof in a Scandinavian derby in round 2 of the group phase

Put your EHF Champions League knowledge to the test

QUIZ: 12 questions ahead of the start of the group phase in the DELO EHF Champions League 2021/22

MOTW and French-Russian duels highlight round 1

ROUND PREVIEW: The DELO EHF Champions League 2021/22 throws off with several eye-catching clashes this weekend

FACTS AND FIGURES: The main numbers before the start of the DELO EHF Champions League 2021/22 this weekend

MATCH OF THE WEEK REVIEW: Despite a slow start, Györ claimed a confident six-goal win against title-holders Vipers