This is the third article in the 'Battle for the Throne' series looking back at handball's rich history as we look forward to the Men's EHF EURO 2022.

The 15th edition of the EHF European Men’s Handball Championship is just a few weeks away, ready to unfold in Hungary and Slovakia in January 2021. Reigning champions Spain will return and will surely be tested by their mighty opponents, with the battle for the trophy is shaping up to be one of the best in the history of the competition.

The big question before the throw off on 13 January is whether Spain have enough in the tank to complete the second hat-trick in history, or another side will secure the laurels for the first time since 2016.

“Los Hispanos” displayed a performance for the ages in the past tournaments, having reached the semi-finals every time since 2012, but this by no means a feature never repeated in history at the EHF EURO. Dynasties have been built over the course of the last three decades in men’s European handball, as only six teams have won the 14 editions of the competition in the past. We are now looking back to the past to see who were the top teams in the history of the EHF EURO.

Sweden are leading the all-time standings in the Men’s EHF EURO, having won four gold medals, an unprecedented feature in the tournament. It was an otherworldly dominance for the Scandinavian side, who is the only team to have clinched the trophy three times in a row, in 1998, 2000 and 2002, adding to their previous success from the inaugural edition of the EHF EURO, in Portugal 1994.

Trying to grasp their dominance from the first five editions of the competition, Sweden lost only five of the 36 games they played, with three of those losses coming at Spain 1996, when they finished fourth. But they bounced back admirably, winning three titles in a row and dominating their competition in emphatic fashion, having also built a mouthwatering 14-game winning streak between 1998 and 2002.

It was a team that had everything, including a great spirit, displayed in some of the vintage matches in the competition, like the EHF EURO 2000 final, won against Russia, 32:31, or two years earlier, when they took the gold against Spain, 25:23.

The “Bengan Boys”, named after their coach, Bengt Johansson, are surely the most dominant team in the history of the competition, with Magnus Andersson, Martin Frändesjö, Ola Lindgren, Stefan Lövgren, Staffan Olsson and Magnus Wislander holding the record for the largest number of gold medals won at the EHF EURO with four.

The making of “Les Experts”

France first started to show their potential in the EHF EURO in 2000, when they finished fourth. Building on that performance, they slowly got better and better and assembled a golden generation that spanned over more than a decade, led by Nikola Karabatic, the all-time leader in appearances in the competition. Karabatic made his debut in the competition in 2004 and helped France get better and better, with a plethora of stalwarts surrounding him.

After their first win at the EHF EURO, in 2006, France slowly planted the seeds for more success, which prompted a new nickname for the team, “Les Experts”. They quickly went on to win the competition twice, in 2010 and 2014, with Nikola Karabatic, Luc Abalo, Michael Guigou, Jerome Fernandez, Daniel Narcisse and Thierry Omeyer all winning the title three times. Karabatic and Abalo also have two bronze medals at the EHF EURO, with the former being the link between several generations of success for “Les Experts”. After winning the gold medal at the Tokyo Olympic Games in August 2021, France will surely aim to tie Sweden and challenge for the throne as the most successful dynasty in the competition.

No team in history has won more silver medals at the EHF EURO than Spain, in 1996, 1998, 2006 and 2016. While “Los Hispanos” are the team to have won the largest number of medals in the competition, in 57% of the tournaments they took part in, their ascendance to the throne has been a rather recent development, after winning the gold medal in 2018 and in the most recent edition, in 2020.

Experience played a key part in their recent success, as players like Raul Entrerrios, Julen Aguinagalde, Viran Morros or Joan Canellas have been instrumental in helping Spain secure the gold medal in the last two editions of the EHF EURO, with younger stalwarts like Alex Dujshebaev, Gonzalo Perez de Vargas, Aitor Arino and Ferran Sole truly lifting Spain to an all-time great level. With plenty of players from the EHF EURO 2020 winning side retiring or not being selected for the next tournament, Spain’s challenge for a hat-trick might seem problematic. 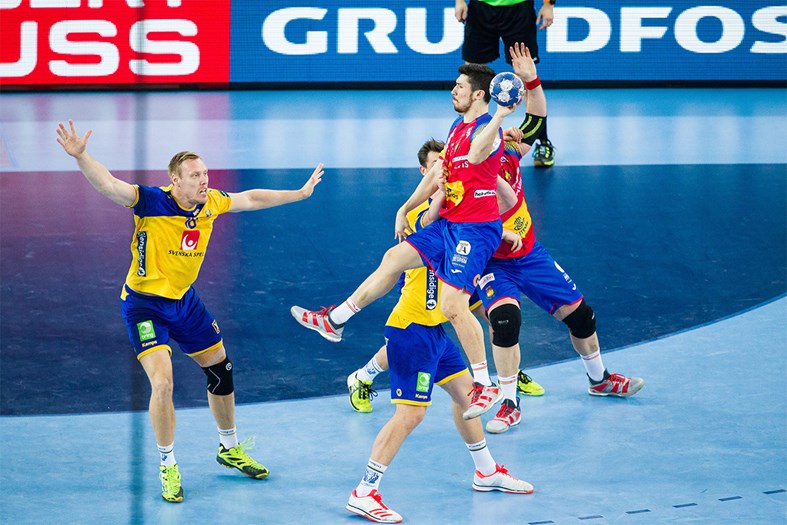 Denmark failed to qualify for Italy 1998, yet they became a powerhouse shortly after, securing three consecutive bronze medals in 2002, 2004 and 2006. They were ready for the next big step with the emergence of the transcendental talent of Mikkel Hansen in 2007 and laid out the foundation for their success in 2008, when they enjoyed their best EHF EURO, winning seven games and dropping only one on their way to the title. Goalkeeper Kasper Hvidt made the All-star team, while Lars Christiansen was the top goal scorer of the competition at Norway 2008, as Denmark was looking like the team to beat.

After finishing fifth two years later, Denmark doubled down on the previous success in 2012, when Hansen delivered a performance for the ages to help the Scandinavian side win their second gold medal. However, hosting the tournament in 2014 brought too much pressure for Denmark as they only finished second, fizzling out after that moment, failing to win a medal in the next three EHF EURO editions. Winning the gold medal in the EHF EURO in 2008 and 2012 was, however, a display of dominance by Denmark, bringing them close to dynasty status.

Russia might be an afterthought now, winning only five games at the EHF EURO since 2006, when they finished sixth, with the emergence of other teams. But going back in history to the first four editions, they were the ones challenging Sweden’s supremacy for the title. It might be difficult for two dynasties to peacefully coexist, but what Russia did in those editions was truly impressive, securing two silver medals, fourth place in 1998 and the big title in 1996, going unbeaten against the likes of Sweden, Spain and Germany.

Led by legendary coach Vladimir Maksimov, Russia displayed one of the all-time defensive performances in 1996, when they won the title, conceding an average of only 20.1 goals per game. However, with players retiring and the next crops failing to live up to their predecessors, Russia made backward steps and their success was immediately over.

Next Article Can Palmarsson and Magnusson push Iceland to the limit?