SL Benfica pleased their home crowd in Lisbon Saturday night with a convincing 26:19 win over Orlen Wisla Plock in the second semi-final of the EHF Finals Men 2022.

Benfica will take on defending champions SC Magdeburg in the final on Sunday at 19:00 CEST.

Benfica are the sixth hosts of the second-tier EHF men’s club competition to make it to the final, since the implementation of a four-team final tournament in 2013.

A Spanish goalkeeper and a Serbian duo were the keys for the clear 26:19 victory over Plock in the defence-orientated second semi-final: Sergey Hernandez was Benfica’s hero with 16 saves, while Petar Djordjic (nine goals) and Lazar Kukic (five) were the leading scorers. Now on 99 goals, Djordjic is second in the op scorer standings behind Nexe's Halil Jaganjac (105).

Not before had a Portuguese club qualified for the final of a EHF European League, EHF Cup, or Cup Winners’ Cup season. On Saturday, Benfica made history and will next duel with the defending champions, SC Magdeburg, for the trophy. Three times, Portuguese clubs have won the Challenge Cup: Benfica’s local rivals Sporting in 2010 and 2017, and Braga in 2016. Benfica, who were Challenge Cup finalists in 2011 and 2016, now have a shot at EHF European League glory. 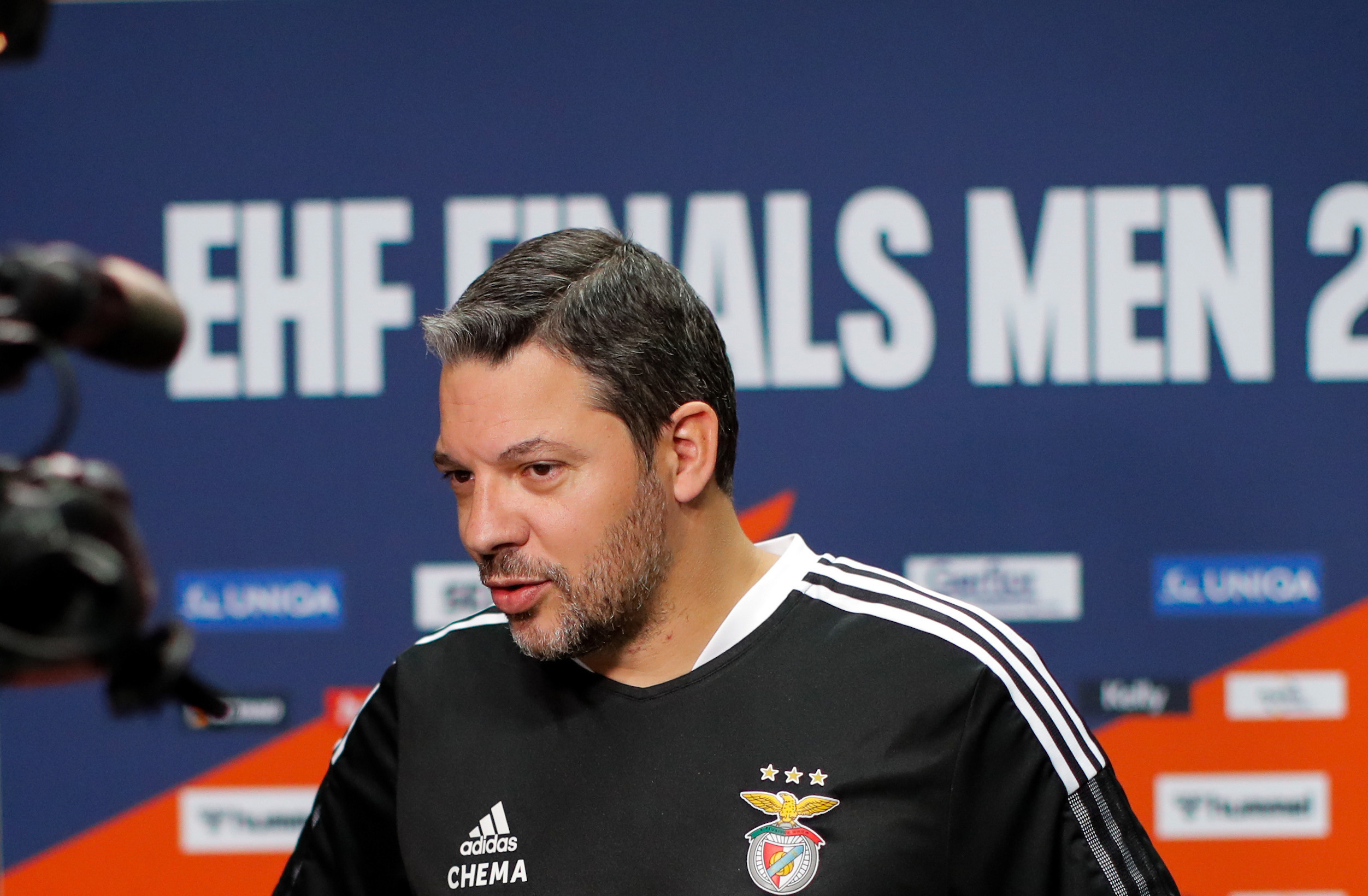 I am so happy for my team, our dream came true to make it to the final, we still can win this trophy. We came from qualification and now we are still part of the final day. My players give 100 percent, not only today, but every day. And our team is like a family.
Chem Rodriguez
SL Benfica head coach

FEATURE: One day prior to the semi-finals, players and coaches got to know the venue for the EHF Finals Men

SUMMARY: Coverage of the EHF Finals Men 2022 in Lisbon, where the European League title was decided on 28/29 May

NEWS: The defending champions play the first semi-final in Lisbon on Saturday 28 May, followed by Plock against hosts Benfica in the latter…

FINAL PREVIEW: The hosts count on another boost from their home fans, while the defending champions rely on experience

FEATURE: Venue in Lisbon has played host to number of big events in the past, including 2003 World Championship final

Quotes from the EHF Finals Men 2022

FEATURE: The experienced right back hopes to help his team become the first Polish winners of Europe’s second-tier competition

Kukic and Benfica aim to crown strong season in Lisbon

NEWS: The match officials for the final tournament of the EHF European League Men in Lisbon have been announced