The first qualifying round of the Women’s EHF Cup 2018/19 will be completed this weekend with three second-leg matches and nine double-headers. Issy Paris Hand and IUVENTA Michalovce have already progressed after winning double-headers last weekend but 12 more tickets are still at stake.

Zvezda Zvenigorod and UHC Müllner Bau Stockerau will each defend a six-goal advantage after winning the first leg of their ties 30:24 against LK Zug Handball and DHC Slavia Praha, respectively.

The tie between H65 Höörs and Lokomotiva Zagreb is tighter after Höörs, a group-phase participant last season, won 22:18 at home. Lokomotiva, which won the Women’s Challenge Cup in 2016/17 and reached the semi-final of that competition last season, will push hard to turn things around in Croatia. 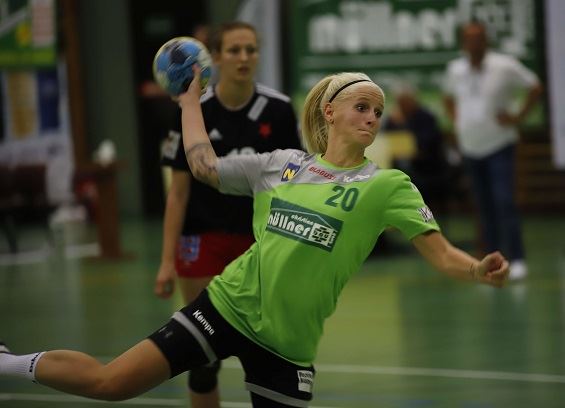 Other semi-finalists from last season, Viborg HK, are also starting in Round 1 where they are regarded favourites against HC Galytchanka Lviv. The Ukrainian champions have lost a number of important players in the summer, replacing them by local youngsters. The winners will play Germany’s Buxtehuder SV in the next round.

Another Bundesliga side, TusSies Metzingen, play the first leg against HZRK Grude already on Friday (14 September), with the second leg to follow on Saturday. Metzingen were semi-finalists in the the EHF Cup 2016/17, but were eliminated from the competition even before the group phase last season.

The winner of their double-header against Grude will meet Russia’s Astrakhanochka, which played in the Women’s EHF Champions League two seasons ago.

Another Russian side, Kuban, will also enter the tournament in Round 2, where they will meet either Belarusian champions BNTU-BelAZ or Luxembourg’s Handball Kaerjeng, who play their two legs in Bascharage in Luxembourg on Saturday and Sunday.