Lomza Vive Kielce opened a three-point gap at the top of group B and edged closer to a quarter-final berth as they clinched their first win in 2022 in the EHF Champions League Men, 33:25, against SG Flensburg-Handewitt in the Match of the Week.

Flensburg lost their first game in the top European competition at home since September 2021 and are still fifth in the standings — one point ahead of HC Motor and FC Porto, where their play-off berth remains questionable.

WATCH: @kielcehandball keeper Andreas Wolff pulls off not one, but two penalty saves against @SGFleHa #ehfcl

See if he can repeat the trick and head to https://t.co/IvVYbSMq1y pic.twitter.com/R92ShcBkXh

As several players were ushered back into the squad after injuries, SG Flensburg-Handewitt were expecting to start an upward trend that should have seen them back into contention between the top teams in Europe. However, the German side did not start the premium European competition with a great outing in 2022, falling behind early and never taking the lead against Kielce.

The Polish champions left their issues from the last two games in 2021 behind and delivered a great all-round performance, with five players scoring at least four goals — a superb collective effort that Flensburg failed to match. Scoring six goals from six shots, left wing Dylan Nahi was unstoppable for Kielce and tied his best outing of the season. 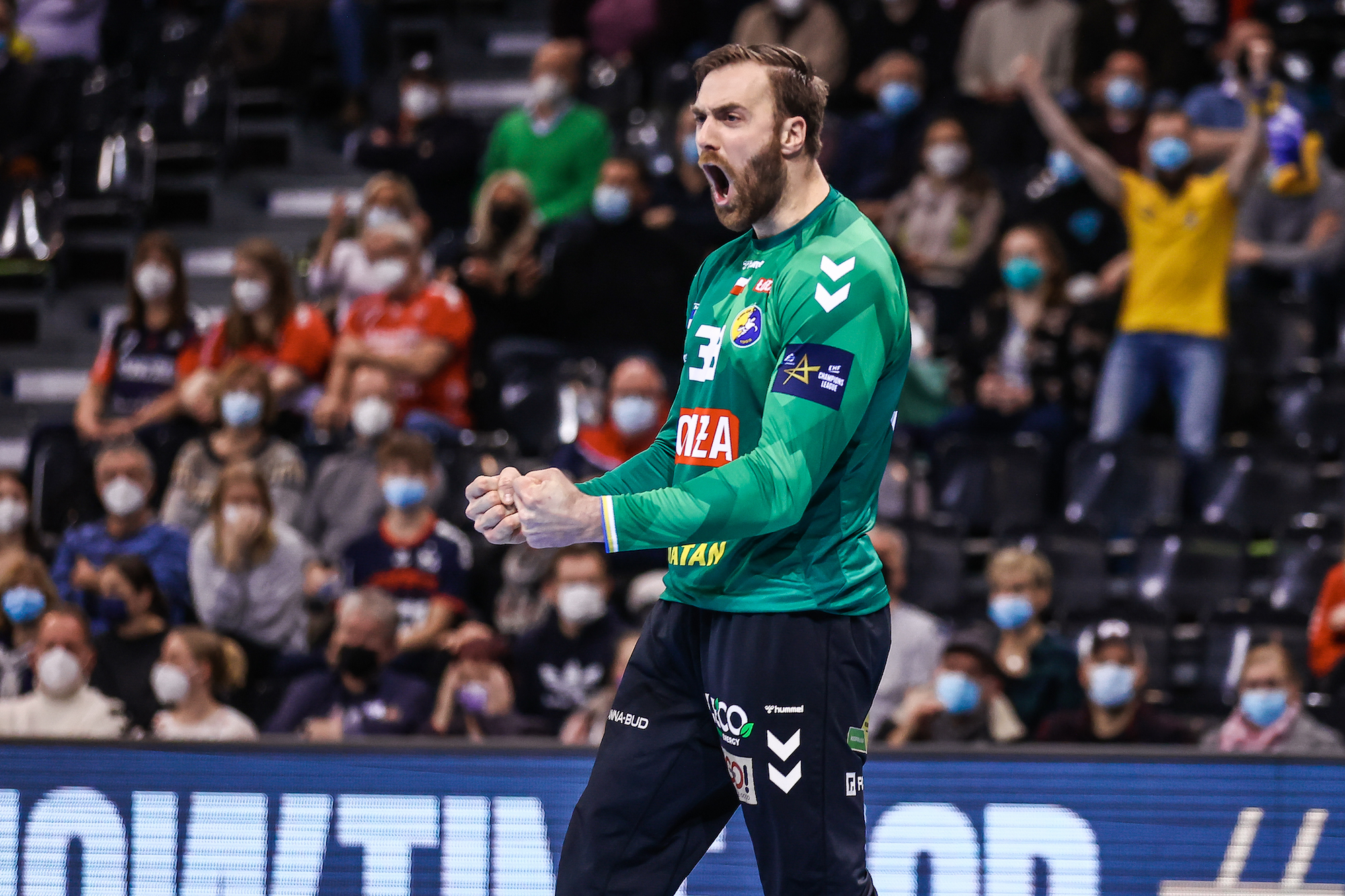 The atmosphere at FLENS-ARENA was great today, even though it was not sold out. It is always amazing to play here. Also, I have a lot of respect for SG Flensburg-Handewitt, especially after all the injuries they have had. I knew before that it will be difficult to win here. I am satisfied with my performance today. We have played a dynamic and smart defence and my teammates gave everything for this game. My defence gave me a lot of support.
Andreas Wolff
Kielce goalkeeper