There are 12 pairings of teams in qualification round 3 of the Women’s EHF Cup, and the 12 winners will progress to the group phase where they will be joined by the four last-placed teams from the DELO WOMEN’S EHF Champions League group matches.

Among the 24 teams in round 3 are the defending champions, Siófok KC Hungary. They enter the competition this round and obviously intend to go far again.

The Hungarian side will play Nantes Atlantique Handball, and the first leg will take place on Sunday in France.

Last season’s Challenge Cup winners, Rocasa Gran Canaria ACE, are also among the round 3 participants. The Spanish team is going to play against Magura Cisnadie from Romania, with the first leg on home court Sunday.

There are no double-headers in round 3, and the schedule of this weekend features only the first-leg games, including four national derbies.

Russia have four teams in the competition, and they will have at least one team advancing to the group phase as HC Zvezda and Handball Club Lada are set to play each other. The first match will take place in Zvenigorod on Sunday at 15:00 CET (live on ehfTV.com).

The clash of two Danish sides is also expected with interest: Nykøbing Falster Handbold and Herning-Ikast Handbold went beyond the group phase last season and NFH even reached the semi-finals.

However, only one of these two teams will appear in the group phase again this season. The first leg is scheduled in Naestved on Sunday at 15:00 CET (live on ehfTV.com). 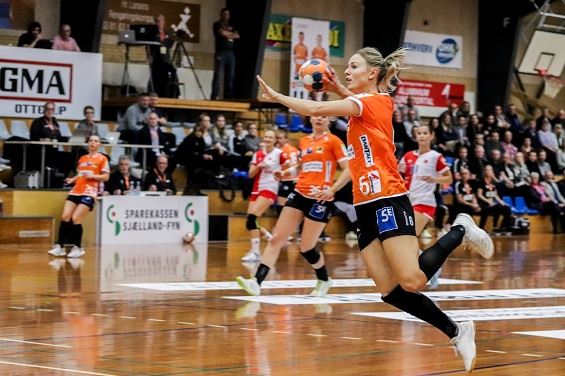 There are also some exciting pairings featuring teams from different countries. Turkey’s Kastamonu Belediyesi GSK, who reached EHF Cup semi-final in the 2017/18 season, will host Vaci NKSE on Saturday at 13:00 CET (live on ehfTV.com).

After brushing aside Buxtehuder SV in round 2, Astrakhanochka will face another German rival, this time Thüringer HC. Three years ago, the two sides met in the Champions League main round and exchanged home victories, and now the first leg will be played in Russia on Sunday at 12:00 CET (live on ehfTV.com).

Denmark’s sides Kobenhavn Handball and Odense Handbald featured in the Champions League recently and are now aiming to do well in the EHF Cup.

Both teams start round 3 at home, and both face French opposition. On Saturday Kobenhavn are scheduled to host OGC Nice Cote d'Azur Handball, while the next day Odense will receive ESBF Besancon.

The ambitious Russian side Kuban, who reached the EHF Cup quarter-final last season, will play the first leg game away at ERD HC in Hungary on Sunday.

Next Article Nantes’ Dancette excited about clash with title-holders