Gerd Hofele (Frisch Auf! Göpingen/GER): “I am very pleased with our group, because we have very attractive opponents. It will be a very interesting to meet with Koper´s Manojlović, who was our former player. Rioja have a very experienced team and we met with them in the last season. And Swedish club is also very exciting rival.”

Dušan Podpečan (RK Cimos Koper/SLO): “Göppingen is the favourite in our group and we will try to compete with them. It is an attractive group. All the other teams in our group have strong national teams in their respective countries. The new format with a final tournament is a step into the direction of the Champions League. I think that some of the groups can be compared to the Champions League’s group phase.”

”It is an exciting competition that has moved closer to the Champions League and is sure to attract high interest from the public as well as the media.” 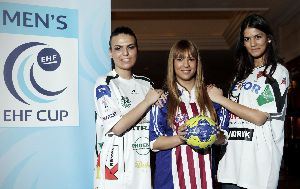 Gennadii Kasai (HC Motor Zaporozhye/UKR): “I think we have the best group by now, and we are excited to be able to offer our fans games of such a high level. We will see what the result is going to be. We have worked long enough in sports not to make a prediction but the slogan for our club is ‘only victory counts’.”

Miroslav Šosták (Tatran Prešov/SVK): “It is a very tough group with Kolding being at their strongest and Rhein-Neckar Löwen – one the leading clubs in the German Bundesliga. But it’ll bring lots of fans to our arena, probably all the matches will be sold out. We will fight and hope to qualify.”

Thomas Christensen (KIF Kolding): “Our group is very strong. In my opinion, Rhein-Neckar Löwen is the biggest favourite not only of our group but of the whole competition. In Prešov and Zaporozhye we expect two tough away matches.”

Jacob Jørgensen (Team Tvis Holstebro/DEN): “We have a very exciting group with four good teams. Wisla will be the favourite of the group. We will probably fight with Elverum for the second place, but Maribor have also a chance and I think nobody is able to predict the outcome. We are happy we have returned in the European handball and are proud of having both men and women team in the top 16 of the European competitions. This new EHF Cup is a very positive idea which brings these teams closer to the champions league.”

Andrej Bauman (RK Maribor Branik/SLO): “The teams from Slovenia always want to be the best. We are always aiming to come first. There is no doubt that Orlen is the best team in the group and the other teams will fight for second place and I think we, with the young and ambitious team we have, can be in that fight for the second position. It is a great opportunity for us to gather more experience on the international level.”

Steffen Stegavik (Elverum Handball Herrer/NOR): “For us it will be very difficult, but at this stage we could not expect anything easier. We are the underdogs of the group, but I am sure we will gather a lot of experience.”

Marcin Figura (Orlen Wisla Plock): “We are delighted that we have an opportunity to play in this kind of European competition. We really appreciate this new format, which is great for teams and their fans. Our goal is always to win the next match. Our group is very open, but we want to go far this season.” 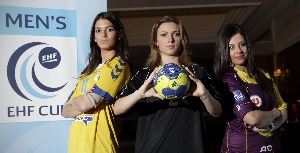 Ioan Ciobanu (Stiinta Municipal Dedeman Bacau/ROU): “This is a very balanced group. Both Nantes and Magdeburg have a biggest chances to win this group. We are glad we have managed to qualify for this stage of EHF Cup and we hope for good games.”

Gael Pelletier (HBC Nantes/FRA): “We do not have too much information on Besiktas, but I am sure their home audience will be great. Also, we do not know Bacau, but in generally the level of Romanian handball is rising and they will not be an easy opponent either. Magdeburg will be very strong, but our objective will be to win all home matches and finish at on the second position.”

Berk Karahan (Besiktas JK Istanbul/TUR): “It will not be our advantage being in the group with Nantes who will do all their best to qualify for the home Final Tournament. And Magdeburg will be very strong as well. Our club have won 18 domestic trophies in the last eight years and we long for an European success. I am sure the spectators wil be our eighth player in all home matches.”

Next Article Hosts off the mark, while Scandanavians shine