The draw of the Men´s EHF Cup Group Phase was carried out on Thursday in Belgrade on the fringes of the Women´s EHF EURO in Serbia.

The first round of the Group Phase will be played on 9/10 February, with the sixth and the last on 23/24 March 2013. The top two teams from each group will qualify for the quarter-finals, which is scheduled for 20/21 April (first leg) and 27/28 April (second leg). 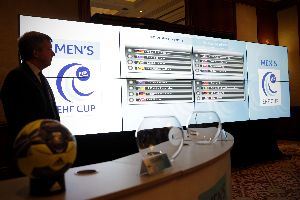 If Nantes finish as the worst second ranked team, they will have to play the quarter-final match. Should the French club rank on the third or fourth position in their group, they will be out of the competition, but they will still organize the Final Tournament.

In the Group A another German team and the winners of the last edition of the old EHF Cup Frisch Auf! Göppingen will clash last season´s quarter-finalists of the VELUX EHF Champions League RK Cimos Koper, Swedish outfit Eskilstuna Guif and Spain´s Naturhouse La Rioja.

And the third German side Rhein-Neckar Löwen in the Group B will meet Danish KIF Kolding, Slovakian champions Tatran Prešov and Ukrainian HC Motor Zaporozhye.

The Final Tournament will be played with two semi-finals and third place match and final on 18/19 May. The venue of this event was announced shortly before the draw today, and was awarded to HBC Nantes and the city of Nantes.

The newly formed Men’s EHF Cup merged from the former EHF Cup and the Cup Winners’ Cup before this season. 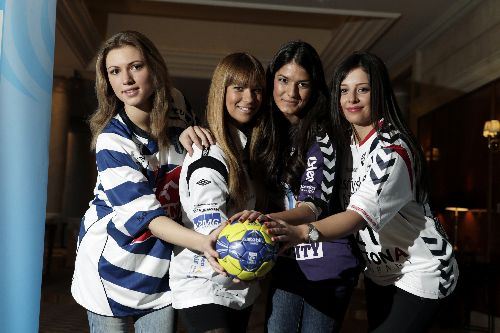 ROUND PREVIEW: 14 matches at the weekend will determine nine Last 16 participants in the EHF European Cup Men

ROUND REVIEW: Four teams progressed to the Last 16 following wins in double-headers, while Gorenje Velenje and CSM Bucuresti are now close

ROUND PREVIEW: The opening weekend in round 3 of the EHF European Cup Men is set to feature 12 matches, including four double-headers