Round 2 of the EHF European League Men 2022/23 group phase is scheduled for Tuesday, when the 24 teams want to build on improve from their opening matches last week.

In group A, the top match will see reigning champions Benfica and group leader Göppingen try to add a second win, while Montpellier will also be on the hunt for a second straight victory, at home against Presov.

Group B, which has three of the top five attacks in the first round, will see two winning sides, Flensburg and PAUC, lock horns, while FTC and Ystads IF clash with the first win in mind.

In group C, Sporting and Nexe will try to snatch wins again, while the match between Skjern and Alpla Hard might bring one side first EHF European League Men victory.

Top match of group D is the duel of last season’s Last 16 participants Füchse Berlin and Bidasoa Irun, who both won their openers. Skanderborg-Aarhus hope to continue on the winners’ way at HC Motor while in Aguas Santas the hosts and Eurofarm Pelister aim for their first points after their opening defeats. 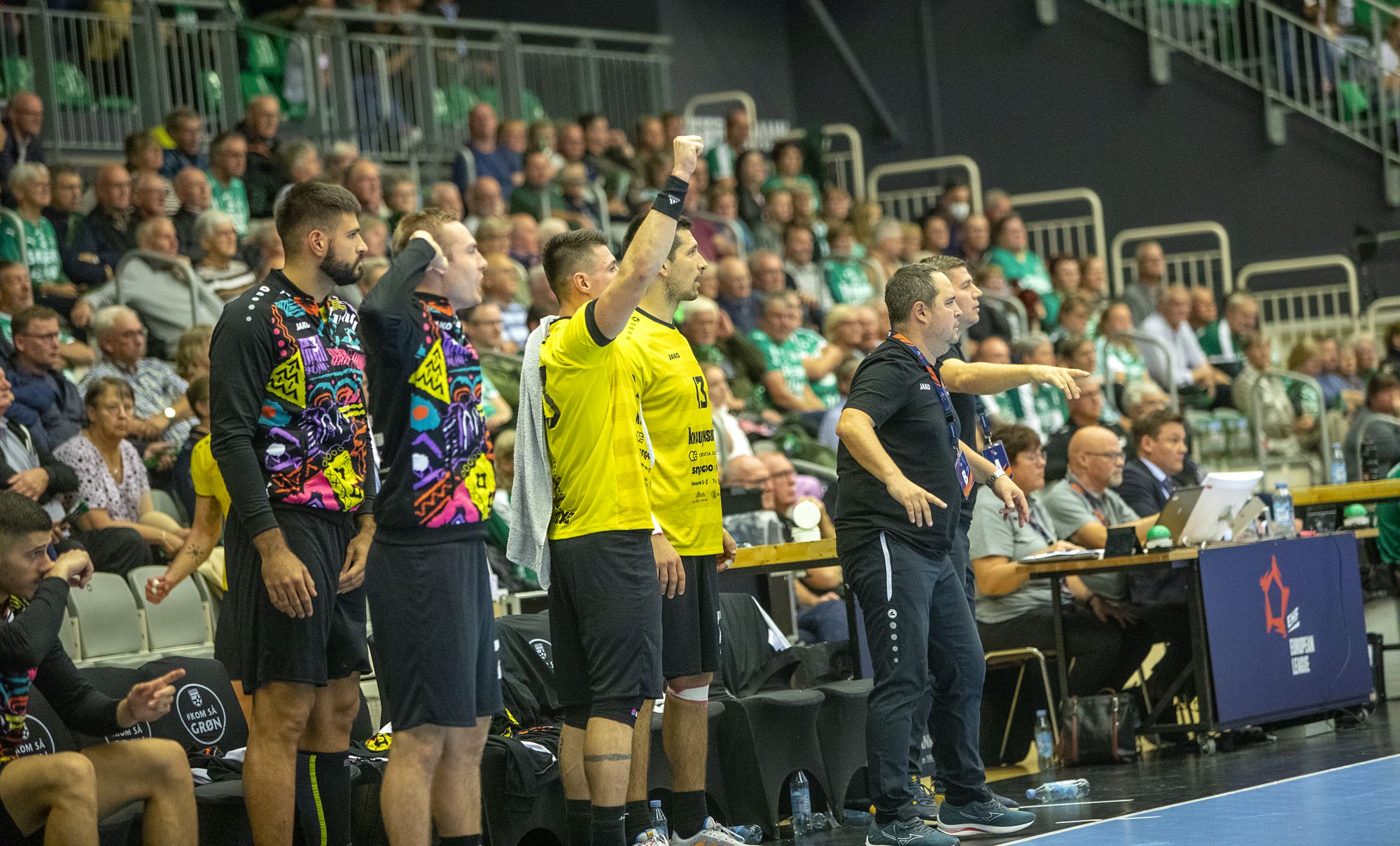 If the players comply with everything we have agreed and prepared for through video analysis, we will very quickly impose our way of playing and then there should be no problems. We are playing on our home field and, as always, we will have loud support from the stands, which will certainly be our big advantage.
Branko Tamše
Coach, RK Nexe

Next Article Poland vs Hungary duels highlight round 6

SUMMARY: Coverage of the 12 matches in round 3 of the EHF European League Men 2022/23 group phase

Four unbeaten sides collide in round 3

ROUND PREVIEW: Two mouth-watering clashes highlight a superb round as the EHF European League Men returns

SUMMARY: Coverage of the 12 matches in round 1 of the EHF European League Men 2022/23 group phase on Tuesday night

ROUND PREVIEW: The EHF European League Men starts its 10-round group phase with 12 exciting clashes this week

Berlin and Skanderborg extend their run

Montpellier win group A clash to take the lead

GROUP A REVIEW: After beating Göppingen, Montpellier lead the group, while Veszprem and Presov have yet to take their first points

OFFICIAL STATEMENT: The Court of Handball has released its decision in a case opened against TM Benidorm and Fraikin BM. Granollers