Vipers edge closer to EHF FINAL4 after win in Ljubljana

After an impressive victory in the first leg of the EHF Champions League Women quarter-finals on Sunday in Ljubljana, defending champions Vipers Kristiansand have an excellent chance to book a ticket to the EHF FINAL4 Women in Budapest.

The Norwegian side won at Krim Mercator Ljubljana, 32:25, and they will hope to finish the job at home on Saturday 7 May.

WATCH: Nora Mørk isn't hanging about. Less than a quarter of the match gone, and she has already set up three goals for @VipersKrSand #ehfcl #showtimeforchampions

Krim came up short against Vipers

While the Slovenian team had struggled in the group phase, they eliminated FTC-Rail Cargo Hungaria in the play-offs and also hoped to do well against title-holders Vipers.

Ana Gros, who joined the team from CSKA before the play-offs, stood out again, but her effort was not enough. Overall, Krim lacked efficiency in attack and had defensive problems, and while they still have a chance to turn things around in Norway, it will obviously be a tough job.

We played a good tactical match and a seven-goal victory was very good. The first half was tough, we got away with some goals, and later we had a great start at the beginning of the second half. It was tough in every aspect of the match, but it is not over. There is going to be another 60 minutes and we will prepare for it.
Ole Gustav Gjekstad
Coach, Vipers Kristiansand 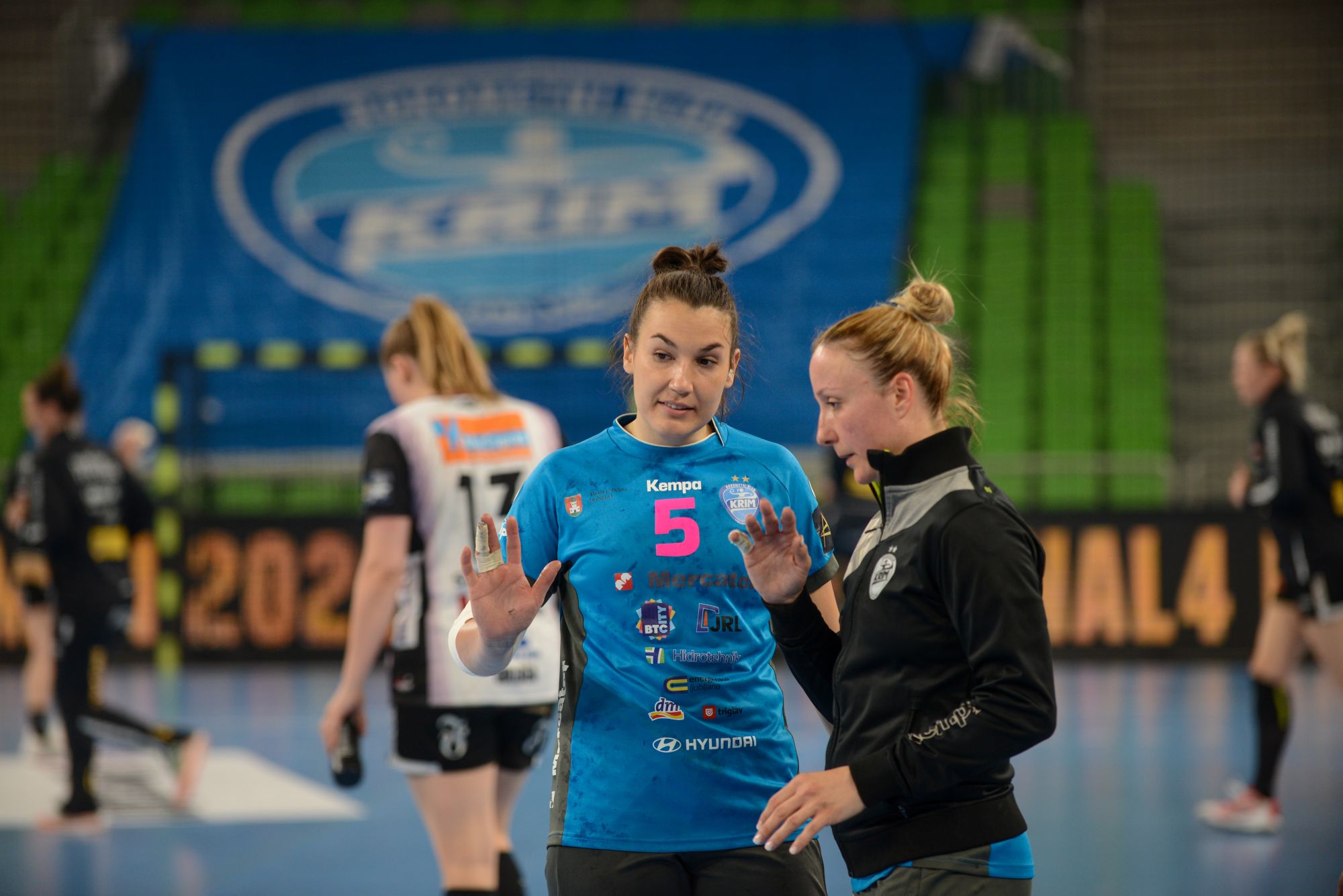 Congratulations to Vipers – they are a really good team. Unfortunately, we lost too many balls in the first half and they punished us. In the second half, we could not find our rhythm and the solution for their attack. It is not over, we will prepare for the match in Norway on Saturday and we still have a chance.
Tjaša Stanko
Left back, Krim Mercator Ljubljana