Five first-leg matches of the EHF European League Women Round were played on Saturday, including a German derby in Metzingen.

The fight was tight, but the visitors HSG Blomberg-Lippe ultimately beat TUSSIES Metzingen by one goal, 28:27, and they will have a small advantage heading into the home game on 23 October. 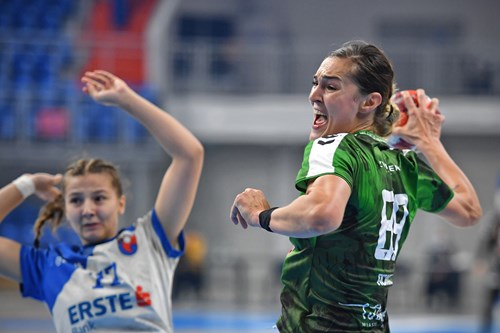 Atletico and Lublin have one foot in round 3

While three ties are still very open following the first-leg games, Club Balonman Atletico Guardes and MKS FunFloor Perla Lublin have made a big step towards the next stage.

The Spanish team won 28:21 in Austria against Hypo Niederösterreich, while Lublin beat ZRK Bjelovar by even a bigger margin, 32:22.

On Sunday, Lublin have a chance to book their ticket to round 3 as they play the second leg of the double-header, while Atletico will have to wait until next Sunday when they will welcome Hypo.

DRAW REVIEW: The four groups for the EHF European League Women group phase have been set during Thursday's draw in Vienna

GROUP D REVIEW: Portuguese side were tested heavily by AEK Athens, but win 31:30

Thriller between Schaffhausen and Nîmes ends in a draw

MATCH REVIEW: A last-second seven-meter throw from Michaël Guigou earned the French side a point in a crazy confrontation in Switzerland.

Plock back on track after strong second half

GROUP A REVIEW: Polish side decide the match at Toulouse thanks to a Russian duo

Berlin the only team with fourth victory

GROUP A REVIEW: Füchse easily take the points at Presov to strengthen their top position

Lemgo cruise past Cocks on the road to third win

MATCH REVIEW: Lemgo controlled the pace for sixty minutes to beat Cocks and take the third win of the group phase.

GROUP D REVIEW: Eurofarm Pelister leave Tatabanya no chance (33:20) in Macedonia and get the second win in the EHF European League