Last year's Men´s Challenge Cup winners CSM Bucuresti stand a good chance of making it at least one round further in the competition this season.

In the first leg of the Last 16, the Romanian side left Sweden with a narrow 29:28 win against Alingsas HK after a close match with plenty of lead changes.

CSM went three goals ahead in the first half and were leading by two, 15:13, at half-time.

Yet, Alingsas caught up and took a few narrow leads after the break, before CSM turned the tables and took the potentially crucial one-goal win.

“It will be a very tough task next Saturday, but we have the chance. We will have to fight like warriors all the way,” said Alingsas coach Mikael Franzén. 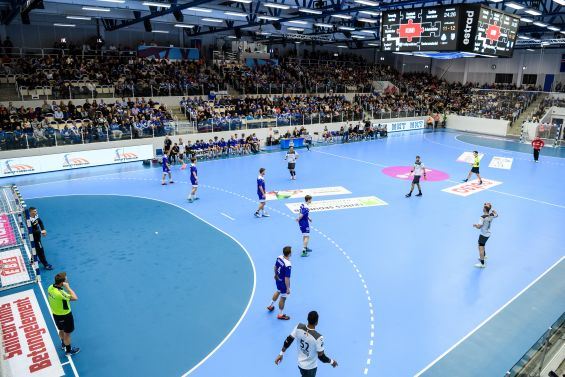 While Alingsas may be on their way out of the competition against the ruling champions, another Scandinavian team seem to stand with better chances to reach the quarter-finals.

Drammen HK lost 33:31 to A.E.K. Athens, but this was on away ground, which leaves the Norwegian team with very good chances in the return match next Sunday.

A.E.K, who reached the final in the 2017/18 edition of the competition, were leading by three goals in the first half, but Drammen caught up and were leading 18:17 at halftime.

After several more one-goal leads for the visitors, A.E.K. came back with another three-goal lead, though, before finally winning by two.

“I think we made a great performance against a good opponent and in a difficult venue. Many of our players did extremely well,” said Drammen coach Kristian Kjelling after the close first leg.

Russian teams with the edge

The two Russian teams in the competition both stand with good chances of proceeding.

HC Neva SPb seem closer of the two after winning 24:23 in Norway against Halden Topphandball.

Neva were leading clearly 14:9 at halftime, and although the European debutants managed to reduce the deficit to just one goal during the second half, an extremely difficult task is awaiting them St. Petersburg next Sunday.

HC Victor also have a very justified hope of reaching the quarter-finals.

The Russian team took a 31:31 draw with them home from a close meeting with AS SGS Ramhat Hashron in Israel.

Never more than three goals were separating the two teams who took turns at leading more or less throughout the entire 60 minutes, and after a 16:15 halftime lead for Ramhat Hashron, they shared the points, a result which obviously leaves Victor with an edge before the return match in Stavropol next Saturday.

Next Article Melsungen and Benfica open with clear wins