Danish dynamite exploded twice during the final day of the Beach Handball EURO 2019 on Sunday.

Both the men’s and the women’s team were crowned beach handball champions of Europe, after they defeated Norway and Hungary, respectively, in the finals watched by 2,000 spectators on a packed Court 1 in Stare Jablonki.

It is a double ‘first’ for Denmark, who had never won a gold medal in the 10 previous editions of the Beach Handball EURO.

And his counterpart of the women’s team, Morten Chang Holmen, added: “I can’t describe it. I have been in four finals and lost them all. I knew now I have turn this around - and I did it, and girls of course. So it is fantastic.”

The bronze medals went to Hungary in the men’s event and to Netherlands in the women’s event.

Danish teams in control in finals

In the men’s final, Denmark had Norway under control from the beginning. Led by Jonas Corneliussen and Joachim Trend Hansen, who both ended on 15 scored points, Denmark won the first set 25:18.

Norway came closer in the second set but failed to put real pressure on their fellow Scandinavians. The score line remained in the balance for much of the set but in the end Denmark prevailed again (19:16) for a 2:0 victory. 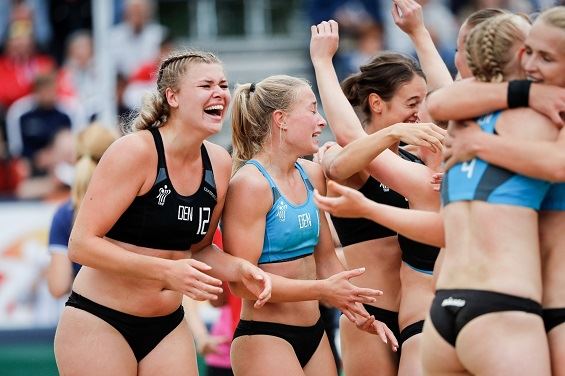 The men’s triumph came just hours after the Danish women had beaten Hungary 2:0. They dominated the first set (18:12) but Hungary clawed their back into the match in the second.

Denmark led 22:20 when Rebeka Benzsay equalised for Hungary with 10 seconds left. However, Ann Cecilie Möller found a gap in the Hungarian defence and netted in the very last second for 23:22. 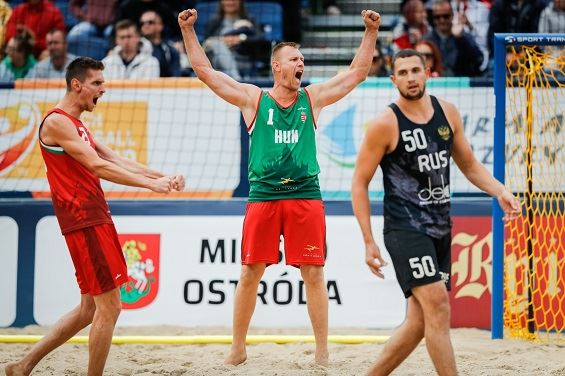 “With the bronze medal we are very, very happy,” said head coach Istvan Gulyas, adding that the result would give Hungary additional motivation for future events.

“Five or six times we played the semi-finals and each time we lost,” he said. “I hope in the future we reach our target and we will play the final some time.”

Netherlands dominated the first set (23:14) of the women’s bronze medal match against former two-time champions Croatia but had to come back from 10:14 down in the second (22:20) to wrap up a 2:0 victory and win their first ever piece of silverware at a European Championship.

“This is a fantastic success for Dutch beach handball,” said head coach Ronald Thijssen, adding that the team wanted more after reaching its initial goal for the tournament - a ticket for the World Championship 2020. 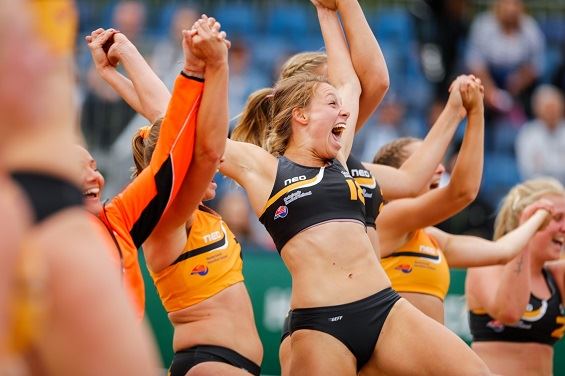 “We have a lot of young players on the team but for some of the older ones, this was probably their last chance to win a European Championship medal.”

For the first time at a Beach Handball EURO all matches were streamed live on the European Handball Federation’s own OTT platform, ehfTV.com. Full matches as well as highlights from the later stages of the tournament are available on demand on ehfTV.com.

On the closing day of the European Championships the most outstanding players were named into the Beach Handball EURO 2019 All-star Team:

Next Article “These gold medals are the reward for hard work”