Nine participants of the EHF European Cup Women 2022/23 round 3 were determined in double-headers last week. Another bumper round 2 programme is on the cards with 30 matches, including 12 double-headers, to be played between Thursday and Sunday.

A total of 18 tickets to the next stage is still at stake over the next few days, when 12 double-headers and six second-leg matches in round 2 are scheduled. 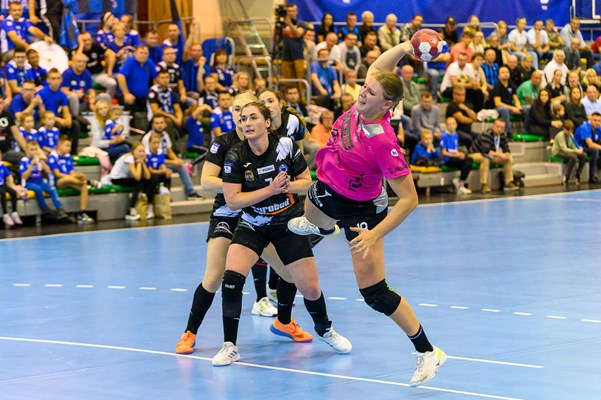 Last season, the Faroese team H71 made a stunning debut in the European club competitions. They managed to defeat WHC Cair-Skopje (MKD), SPONO Eagles (SUI) and ZRK Naisa Nis (SRB) before their fairy-tale only ended in the quarter-final, losing to HC Galychanka Lviv.

Now the Nordic side have more experience under their belt and hope to enjoy another successful campaign. In round 2, they will face SC witasek Ferlach from Austria, with both legs on Saturday and Sunday to be held in Ferlach.

Previous Article This is me: David Barrufet

Next Article Group phase schedule confirmed until round 6

All 32 teams know their round 3 opponents

DRAW REVIEW: The EHF European Cup Women is ready for the next phase of the competition following Tuesday’s draw in Vienna

ROUND REVIEW: five teams progressed to the next stage following their wins in doubleheaders

ROUND REVIEW: Round of Last 16 has confirmed the eight quarter-finalists for the EHF European Cup Women

ROUND PREVIEW: After five teams went through last week, the line-up of the next round will be completed this weekend

ROUND REVIEW: the action-packed weekend determined eight clubs who secured their berths in the next stage

Race to quarter-finals gets exciting finish

ROUND REVIEW: Motive.co Gijon and ATTICGO BM Elche both claimed victories in their first-leg matches