Isak Rafnsson became FH Hafnarfjordur's hero against St. Petersburg HC on Sunday. The left back converted the decisive penalty which sent his team through to the Men's EHF Cup Qualification Round 3.

The unique penalty shoot-out was necessary after both teams had won their home games 32:27, which was then incorrectly followed by an extra time instead of penalties, as it should have been. 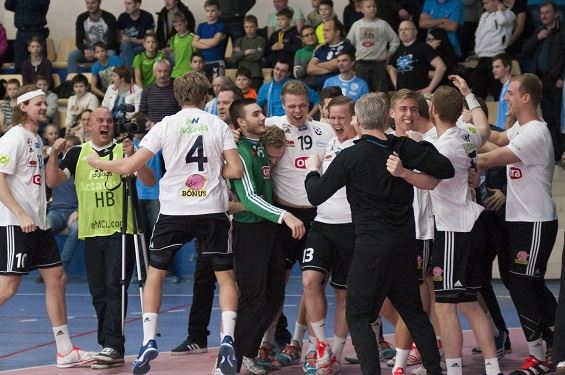 So the teams had to meet again in St. Petersburg on Sunday, this time just for the penalties.

After the home team had missed twice and the vistors only once, Rafnsson's strike gave Hafnarfjordus a 4:3 victory.

In the third qualifying phase ahead of the EHF Cup Group Phase, Hafnarfjordur will be up against Tatran Presov of Slovakia. The playing times of both legs will be confirmed in due time.

Next Article Larvik boost main round chance with first win